Indian goverment and it hindutava policy can measured by its support of anti-sikh (hindu Terorists) like dear sacha soda and its leadership.Time and time again india has made it very clear that Sikhs and their faith has no place here.Where hindu terorists like gurmeet ram rahim and his cult are given full governmental support even after multi-pal rape and mudder cases.

The village was sealed by the police, even as KAC activists already present inside the village started an “Akhand Path” in the village today. It is learnt that the police have made stringent arrangements to make sure that the proposed march does not pass through Adampur village, dera followers’ stronghold located about one and a half kilometres from Salabatpura.

Talking to The Indian Express on phone from an undisclosed location, KAC spokesperson and Amritsar-based Dal Khalsa chief Kanwarpal Singh said the police move of not allowing the march to pass through Adampur and to seal Bhai Rupa village was based on “inappropriate reasoning” and “aimed at discouraging people from attending the march”.

“Despite clarifying that we would take out the march peacefully and would own full responsibility to ensure no untoward incident takes place, the police are unnecessarily making an issue of it,” said Kanwarpal, accusing the government of striking “an internal truce with the dera chief to go soft on him in the wake of upcoming Lok Sabha elections, where the party’s newly-elected president is likely to contest from Bathinda”. Kanwarpal, however, said that the “march would definitely be held”.

Kanwarpal claimed that Adampur village panchayat members, including the village sarpanch, had expressed a desire to welcome the march in the village. “When the elected sarpanch and panchayat members do not have any problem, why does the government have one,” he questioned.

When contacted, Bathinda SSP Naunihal Singh said, “Panchayat is not the government.” The district police chief said in light of the recent bomb blast near Pipli in Karnal and to check any “deliberate attention grabbing by anyone in the Khalsa march”, adequate police force needed to be deployed to ensure there was no breach of law and order. The SSP justified not allowing the march to pass through Adampur, saying that due to a large population of dera followers and due to its close proximity with Salabatpura, “the march cannot be allowed to pass through it”. He said dera followers had also moved a representation to the Bathinda DC, requesting him not to allow the march through the village.

“Moreover, as far as my knowledge goes, KAC has not taken any permission to hold the march under Section 144 CrPC, describing the timing, route and other details of the march,” said Naunihal.

However, when Bathinda Deputy Commissioner Rahul Tewari was contacted to know whether the KAC approached him for permission, he answered in the affirmative. “KAC had applied for permission, but it has not been granted so far. I had forwarded that to the SSP for a report, which is still awaited,” said Tewari. The DC also confirmed that a representation was made to him by dera followers for not allowing the march through Adampur village. 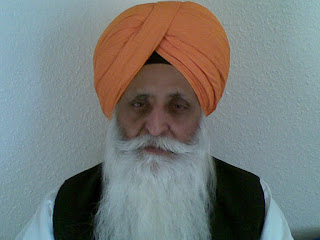 Bahi Manmohan Singh Khalsa of Dal Khalsa UK has said “we as sikh nation should support this march and Khalsa Action Committee (KAC).