Shaheed Bhai Udham Singh Ji Legendary Sikh Nationalist - Shaheedi Day Today ,Jathedar Bhai Balwant Singh Ji Rajoana Was Sentenced To Death In 2007 On This Very Day.Dal Khalsa UK Salutes,Remembers & Pays Respects To Shaheed Bhai Udham Singh Ji,Who Was Hanged 75 Years Ago On This Day.He Was A Lion Of Panjab Who Shot Dead Micheal O'Dwyer In Caxton Hall Central London In Revenge For The Jallianwala Bagh Amritsar Massacre.This Legendary Sikh Martyr Hunted Micheal O'Dwyer For Over 20 Years To Serve Justice.The Streets Of London Still Shake In Fear Hearing The Name Of Shaheed Bhai Udham Singh Ji,Who Took A Revolver In A Book To Greet The Tyrant Micheal O'Dwyer.Bhai Sahib More Than Ever Is An Icon Of Freedom Relevant To The Sikh Nation's Struggle For Freedom & Khalistan.Had Bhai Sahib Been Alive Now He Would Have Joined His Brothers Like Jathedar Bhai Balwant Singh Ji Rajoana To Struggle For Freedom & Fight Against Tyranny ... 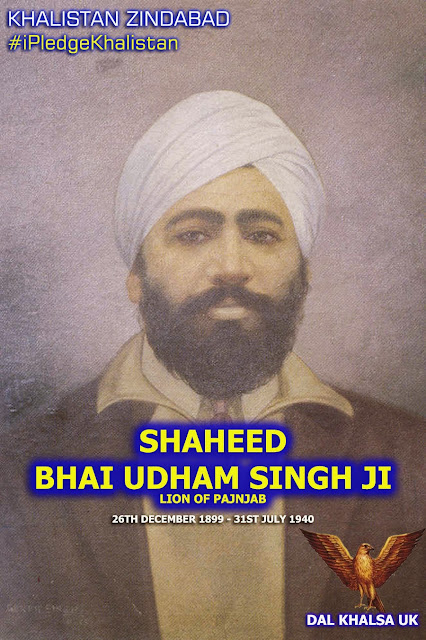 BABBU MAAN STOPPED BY HINDUTVA COPS FROM MEETING BAPU SURAT SINGH JI... The singer-actor then met Bapu Ji's daughter and son and assured them of support. Sarvinder Kaur, said Babbu Maan had come to meet her father around 2pm. "Security personnel stopped him near the ward, and even after several requests, didn't allow him in." 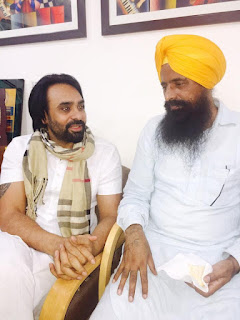 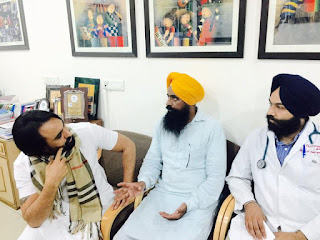 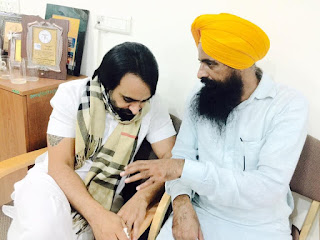 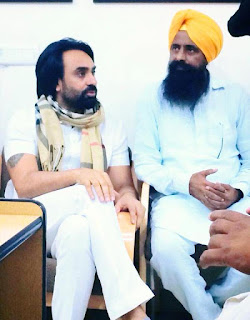 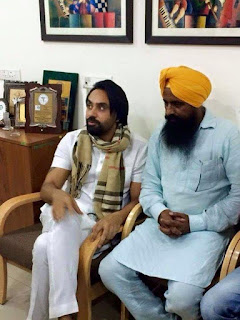 "He told us that he supported the cause of my father and would stand by him," said Sarvinder Kaur. On July 22, Khalsa was moved to the DMCH from the Ludhiana Civil Hospital after his condition deteriorated at the government hospital.