OPPOSE THE VISIT OF MODI TO THE U.K. IN APRIL SEND THIS LETTER / EMAIL TO YOUR MP
Dear ........ ( MP/Representatives name )
I write to you with great concern in regards to the upcoming visit of the Indian Prime Minister Narendra Modi in April.
Mr Modi’s arrival in Britain will be deeply divisive to all communities as well as a stain on the values of democracy freedom and respect we hold so dear in this country.
As you may or may not know Mr Modi and his BJP government are the political wing of the RSS The Rashtriya Swayamsewak Sangh a Facist organisation who take direct inspiration from Hitler. The RSS and Modi’s BJP advocate and promote the idea of ‘ Hindutva ‘ which is made up of Hindi,Hindu,Hindustan a pure Hindu Nation in India. In the past Christians have faced the evil of Hindutva through forced conversions, rape of nuns, burning of Churches and massacres like in Orissa.Muslims in Gujarat have faced similar massacres, tribes in the North East of India have been persecuted and driven from their homes and forcefully converted by the RSS. Kashmiris and Sikhs have also faced persecution, massacres, rape and interference in their community matters by the RSS in its quest to establish the Hindutva State.
Mr Modi is now the poster child of Hindutva across the world and is revered by Hindutva Facist’s world over for his tough stance against minorities who suffer in India. He has been praised by Hindutva leaders who hail him as a hero in their mission to establish a pure Hindu State.Where over half a billion people from minorities suffer due to the rampant oppression and killing carried out in the name of Hindutva.
Mr Modi’s previous visit in 2015 faced heavy protests from Kashmiris,Sikhs,Christians,Nepalese, and ethnic tribal representatives from the north east of India.
The mere presence of a man in the U.K. who advocates the establishment of Hindutva should send alarm bells ringing to anyone who meets or greets him.
As my representative I ask you to oppose this visit as it stands against the very ideals and morals we hold dear.Facist ideologies such as Hindutva and their leaders have no place in Britain, or in any other democratic country. I trust you will take a stand against his visit and be on the right side of history with the oppressed and not with the oppressors.
Christians,Kashmiris,Sikhs and all the communities of the U.K. stand against this visit and ask you to do the same, or at least raise the question of why this Facist leader is being welcomed to our country.
Yours Sincerely
...… 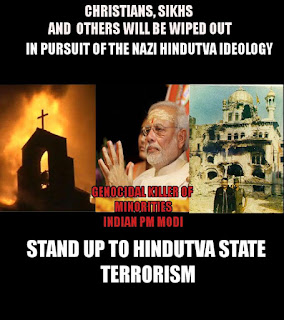 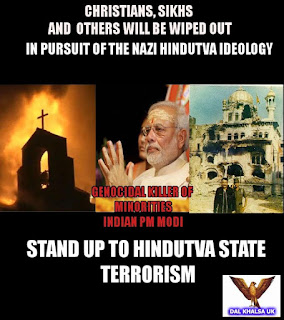 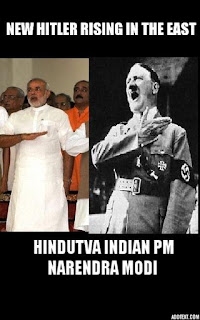 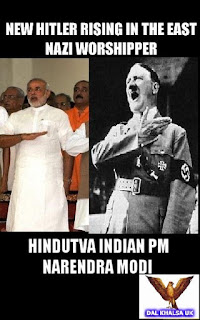 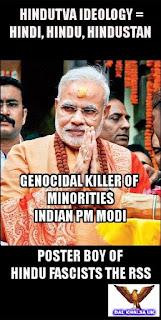 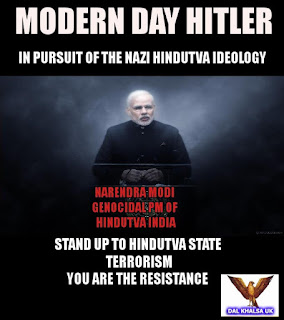 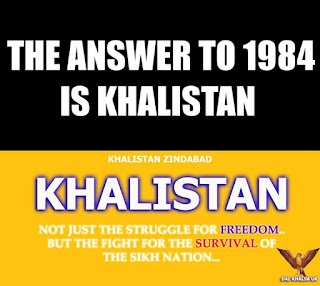 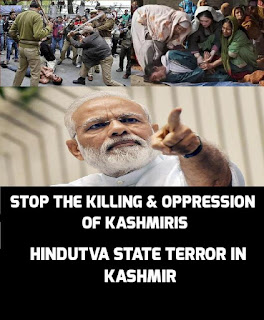 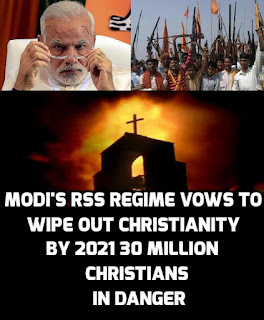