The Electoral Commission is looking into a £5,000 donation that allegedly paid for a party held for the Labour MP Virendra Sharma.

After Mandrake’s report last month that Virendra Sharma, the Labour MP, was facing allegations that the Indian tourism office had donated £5,000 for a party to celebrate his general election victory, the Electoral Commission is now looking into the affair.

A spokesman for the commission tells me that it has begun an “assessment” of what, if any, involvement the Indian-born Sharma had with the donation. Accepting donations from foreign sources is illegal under the Political Parties, Elections and Referendums Act 2000.

The party, which was attended by David Miliband, the former foreign secretary, and Lord Paul, the Labour donor, was held on May 23 last year at Monsoon Banqueting Suites in Southall, Sharma’s constituency in west London.

An invoice of £5,000 was allegedly sent to the tourist office, Incredible India. Jagdish Chander, its director, received a letter thanking him for funding the event.

Under India’s Right to Information laws, Incredible India has provided documents that claimed it provided the donation. The invoice is alleged to have been fake, with a forged signature.

Sharma tells me: “I welcome the opportunity to have the facts properly examined and will fully co-operate with the Electoral Commission so that this matter can be resolved without delay.”

When Sharma’s attention had been earlier drawn to the matter by Phil Taylor, a councillor in Ealing, he declared: “I vehemently deny the false allegations that have appeared in various media.

"I have never received a donation from Indiatourism and have therefore never been liable to make a declaration in the Parliamentary register of members’ interests.”

ANOTHER EXAMPLE OF HOW THE RSS HINDUTVA FORCES HAVE INFILTRATED OUR GURDWAREH & ARE OPENLY DISRESPECTING SRI GURU GRANTH SAHIB JI THIS COMES AFTER 5 CONTINUOUS WEEKS IN WHICH COUNTLESS GURU GRANTH SAHIB JI SAROOPS HVE BEEN BURNED,RIPPED APART,ALCOHOL POURED OVER THEM & THROWN IN TO WELLS.... DANGEROUS TIMES ARE UPON THE SIKH NATION - WE ALL NEED TO BE & FOLLOW THE HUKAM OF THE GURU WHEN IT COMES TO SUCH BHAMAN FANATICS DISRESPECTING SIKHI & OUR GURU - GADDI CHARDO!

Ealing MP Virendra Sharma when accused of taking a bung for a dinner celebrating his victory protested:

“I vehemently deny the false allegations that you refer to in your email and that have appeared in various media. I have never received a donation from Indiatourism and have therefore never been liable to make a declaration in the Parliamentary register of members’ interests.”

Subsequent to this blanket denial Guido obtained the cheque below from India Tourism made out to the Monsoon Banqueting Suites in Southall where the celebration dinner was held:

Accepting donations from foreign sources is illegal under the Political Parties, Elections and Referendums Act 2000. Gotcha!

Des Pardes, the UK’s most popular Punjabi newspaper are sticking it to Ealing MP Virendra Sharma and his dodgy £5,000 donation from the Indian government. As Guido reported yesterday, the Electoral Commission are on the case. Funnily enough Sharma isn’t willing to talk to Guido on the phone. Something to hide perhaps?

‎*BREAKING NEWS* SAROOP OF SRI GURU GRANTH SAHIB JI BURNT & ANOTHER SAROOP TORN APART IN THE 'UP' STATE,THEY WILL PROBABLY BLAME AN ALCOHOLIC OR MENTAL PERSON AGAIN,FOR WEEKS WE HAVE BEEN SAYING THIS IS A CONSPIRACY BY HINDUTVA TERROR GROUPS ,DANGEROUS TIMES R AHEAD,EVERY SIKH NEEDS TO MAKE SURE GURU SAHIB IS PROTECTED ANYONE WHO TRIES TO ATTACK OUR GURU SHOULD BE DEALT WITH THERE & THEN WOULD OUR FOREFATHERS SIT BACK?OR WOULD THY FINISH THEM THERE & THEN - WE WARN OF MORE ATTACKS BE ALERT!

MORE BEADBI DISRESPECT TO OUR GURU THIS THIS TIME BY THE HINDUTVA BACKED NEELDHARI CULT SIMILAR TO THE NAMDHARIS BELIEVE IN A LIVING MAN TO BE GURU,THEY DANCE,CLAP & SING UTTER RUBBISH IN FRONT OF SRI GURU GRANTH SAHIB JI MAHARAJ - OUR LEADERS/JATHEDARS HAVE FAILED US YET AGAIN!

115 YEARS AGO 21 SIKHS FOUGHT OVER 10,000 AFGHAN TRIBESMEN TILL DEATH ,300 THE MOVIE IS NOTHING COMPARED TO THIS REAL LIFE EVENT RECOGNISED AS 1 OF 8 STORIES OF COLLECTIVE BRAVERY BY UNESCO - BE PROUD OF YOUR GLORIOUS HISTORY 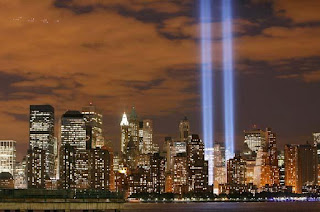 WE PAY OUR RESPECTS TO THOSE VICTIMS OF 9/11 WHO PERISHED IN THE ATTACKS ON THAT FATEFUL DAY OF SEPTEMBER 11TH 2001 - 10 YEARS AGO.OUR THOUGHTS REMAIN WITH THE FAMILIES & FRIENDS OF THOSE WHO LOST LOVED ONES IN THE MOST HORRIFIC ACT OF TERRORISM IN LIVING MEMORY,THOSE WHO CARRIED OUT THE ATTACKS ARE NOT MEN , BUT ARE WALKING CORPSES OF PURE EVIL.... EVERY SIKH IN THEIR ARDASS ASKS FOR
''NANAK NAAM CHARDHI KALLA TERE BHANEH SARBAT DA BHALLA'' -
WE ASK FOR THE WELL BEING OF ALL OF HUMANITY & THE WORLD IN THE TRUE SPIRIT OF SIKHI & THE KHALSA WHOS JOB IT IS TO SERVE HUMANITY... MAY SUCH AN ATTACK NEVER HAPPEN AGAIN.... 9/11.... THE DAY THE WORLD CHANGED FOREVER