WE DEDICATE THIS TRACK TO JATHEDAR BALWANT SINGH JI RAJOANA THE ONLY TRUE SIKH JATHEDAR/LEADER OF OUR TIMES TO LEAD THE SIKH NATION! KHALISTAN ZINDABAD!

EPISODE 9 OF RAJOANA TV,BHAI SARBJIT SINGH EXPOSES PRIME MINISTER MANMOHAN 'SINGH' OF INDIA & SHOWS YOU ALL THE REALITY OF THE BHAMANVAADH HINDUTVA RULE WITHIN THE INDIAN 'UNION' T 'PHYSICAL DEATH I DO NOT FEAR DEATH OF A CONSCIENCE IS A SURE DEATH 'SHAHEED SANT JARNAIL SINGH JI KHALSA BHINDRANWALE - MANMOHAN'S CONSCIENCE IS DEAD! WATCH LEARN SHARE POST RE-POST

The Reality Of Katha In Today's Gurdwaras

NO WONDER MOST SIKHS DON'T HAVE A CLUE ON SIKH IDEOLOGY AS THE MAJORITY OF THE KATHAS ARE EITHER MADE UP OR GO ON ABOUT MYTHOLOGY WITH A LINE OF GURBANI THROWN IN AT THE END TO WRAP UP THE KATHA UP .. 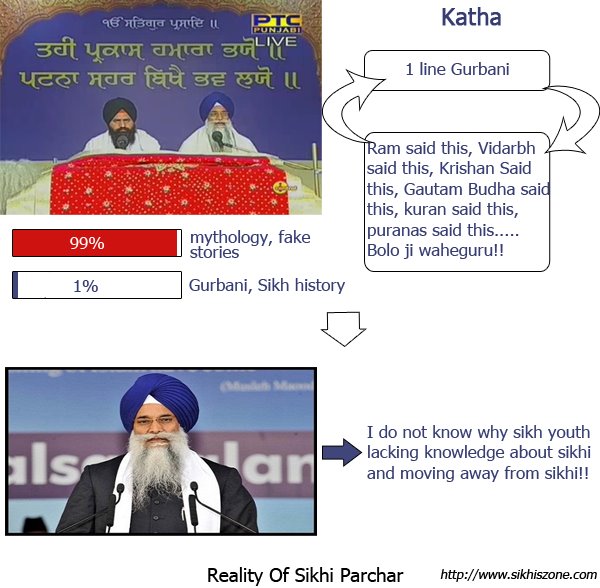 DAL KHALSA UK & BABA BALJIT SINGH JI DADUWAL WILL BE HOSTING A PROGRAMME AT SIKH MISSIONARY SOCIETY ON THE 28TH OF MAY 6:30 - 8PM ON THE CURRENT STATE OF THE SIKH NATION AS PART OF HIS DHARAM PARCHAR VISIT IN THE UK 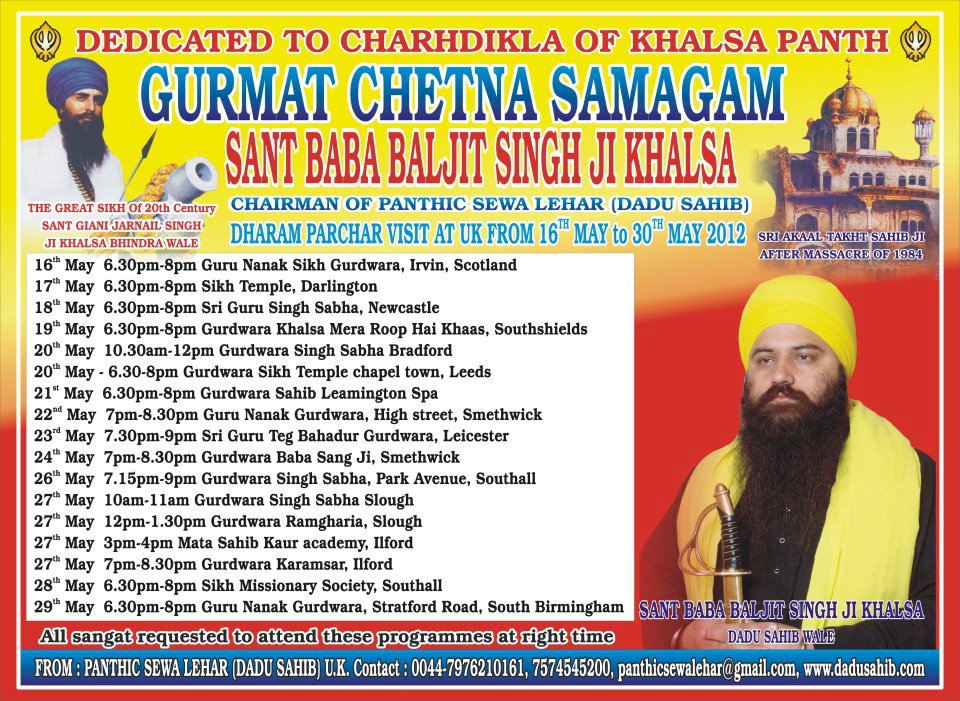 Hindu terror is beyond the law

9 persons were killed, 5 more died when police opened fire to quell mob on May 18, 2007
Prolonged investigation, absconding accused and demand for action against policemen for ‘implicating the innocent'. Five years after the terror attack inside the historic Mecca Masjid - that is where the case stands now.
From the local police, the case was first transferred to the Central Bureau of Investigation (CBI) and finally the National Investigation Agency (NIA) has taken over the investigation now. Yet, not much progress is reported in the investigation of the case with the two accused, Ramachandra Kalsangra and Sandeep Dange, who were believed to have planted two Improvised Explosive Devices (IEDs) in the Masjid, still eluding the police.
The investigators identified six persons, Naba Kumar Sarkar alias Swami Aseemanand, Suneel Joshi, Devendra Gupta, Lokesh Sharma, Kalsangra and Dangre, as members of the core team that planted the IEDs with a mobilephone trigger mechanism. While one IED went off, the other did not. Nine persons were killed in the explosion while five more died when police opened fire to quell the mobs that erupted in anger on May 18, 2007.
All the six accused persons were directly or indirectly connected to right-wing organisations like Rashtriya Swayam Sevak Sangh (RSS). Of them, Sunil Joshi was shot dead by unidentified persons outside his house in Dewas of Madhya Pradesh seven months after the blast in the Mecca Masjid. Initially, the local police and even intelligence agencies believed the blast could be the handiwork of pan-Islamic terror groups such as Harkat-ul-Jihad-al-Islami or Lashkar-e-Tayaba.
Some even attributed the attack to HuJI group regional commander, Mohd. Shahid of Hyderabad, who was eventually killed somewhere in Pakistan. Meanwhile, the Hyderabad police with the help of the Commissioner's Task Force sleuths began picking up several Muslim youngsters accusing them of conspiring for terror attacks.
While civil rights groups such as the Civil Liberties Monitoring Committee-India alleged that police were targeting and torturing innocent Muslim youths in the name of investigating the Mecca Masjid blast case, police continued to pick up youngsters and tortured them. Twenty seven youngsters were arrested and charged with conspiring to resorting terror attacks and waging war against the country. Interestingly, police did not link any of these arrested youngsters with the blast in the Masjid. “They were accused conspiring to wage war against the country and plotting to create violence,” the police maintained then.
The presumption that Islamist terrorist groups were behind the Masjid attack were soon to be dispelled when RSS activists Gupta and Sharma, were nabbed by the Rajasthan Anti-Terrorist Squad in May, 2010. The duo admitted that their group of Hindu right-wing activists carried out the explosions in Mecca Masjid in Hyderabad and Ajmer in Rajasthan.
New names such as Indresh Kumar, a top level RSS leader, have cropped up in further investigation. But, Kumar and the accused Kalsangra and Dange, are still evading police while Swami Aseemanand was caught in 2010. The confessional statement made by Aseemanand before the magistrate that he and some other Hindu religious activists planned and carried out the blasts cleared the air about the persons responsible for Mecca Masjid blast. Assemanand Swami's revelation and further findings in the investigation put the State government on defensive. All the 27 youngsters who were arrested in conspiracy and terror cases were acquitted and with the civil society mounting pressure, the government was forced to announce payment of compensation to the acquitted Muslim youths. Several of them were implicated in subsequent blasts at Lumbini Park and Gokul Chat on August 25, 2007.

THE OFFICIAL VIDEO TO SANT SIPAHI FROM THE IP ALBUM - JAGO - A REFLECTION OF REALITY A MUST WATCH WITH ENGLISH SUBTITLES SO ALL CAN UNDERSTAND WHATS BEING SAID, WATCH LEARN SHARE POST REPOST

ITS BEEN ONE WHOLE YEAR SINCE THE FUNERAL OF OUR BELOVED BROTHER BHAI GAGANDIP SINGH,A LOT HAS BEEN SAID DURING THAT TIME BY VARIOUS SHAMELESS PEOPLE & GROUPS/JATHE WHO HAVE TRIED TO DESTROY YOUR IMAGE BUT WE VOW TO FOREVER CARRY ON YOUR WORK & PROTECT YOUR LEGACY BROTHER - NEVER FORGOTTEN ALWAYS IN OUR HEARTS - WE DEDICATE THIS TRACK 'REMEMBER' BY BENNY DHALIWAL TO GAGAN ... SON OF THE PANTH