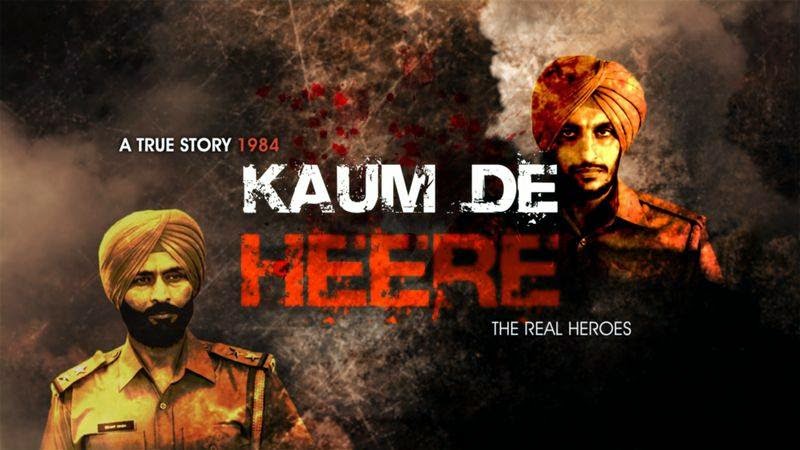 Dal Khalsa UK condemns the actions of the World's so called largest democracy,Hindutva India in it's banning of the historical Sikh Panjabi film 'KAUM DE HEERE'.

The film which depicts the story of the the three Mahan Shaheeds who eliminted the tyrant Indira Gandhi for her Genocidal attack on Sri Harmandar Sahib Shaheed Bhai Beant Singh Ji,Shaheed Bhai Satwant Singh Ji & Shaheed Bhai Kehar Singh Ji,was banned by the Union Home Ministry 24 hours before it's release across the Sikh Homeland - Panjab & in India.

Kaum De Heere was recieved very well by Sikhs across the World and was a super hit film in the
United Kingdom,Europe,North America,Austrailia & New Zealand.At times Cinemas had to extend showings for the film for days on end and even weeks due to the huge demand from the Sikh Sangat.

Raj Kakra the lead star was honoured by Dal Khalsa UK & many other Gurdwaras & Sikh organisations when he came to promote the film.

The Hindutva Indian State now lead by the Modi Government (which wants to implement Hindutva) says the film is a threat to communal harmony & law & order.When it comes to law & order their was no communal disharmony or threat to peace in the UK or other placse where the film was shsown so why would their be in Panjab or India. 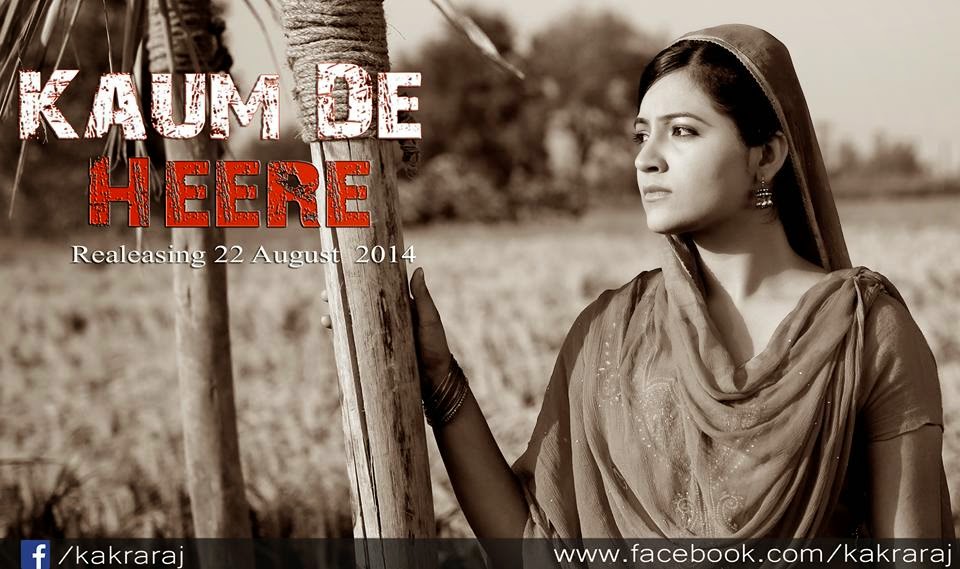 Laxshmi Kant Chawla has always been at the forefront of making anti Sikh statements,hurting the sentiments of Sikhs.The Congress party is not far behind with many leaders including Captain Amrinder the so called Panjab Youth Congress  Vikramjit Chaudhary
calling for an outright ban.

The producers of the film & actors Raj Kakra,Sukhdeep Singh Sukh & Isha Sharma in the last few weeks toured Panjab to promote the film,and made it very clear that the film was fact based & was made from researching documents from 1984 & from speaking to the family of the Shaheeds.

It is ironic that in a so called democracy Sikhs do not have the right to showcase their glorious history on film,whereas films which hurt Sikh sentiments are given the green light on every occasion.

For the first time the Western Media such as Sky News,BBC News,New York times & other media outlets have covered such as story relating to Sikhs.We welcome this move which exposes India's false democracy which has double standards when it comes the Sikhs.The Indian media & leader are now making outrageous statements that so called foreign terrorist organisations funded the movie and so on.These claims are all lies and have no basis as Western Governments had no issue showing or passing the film,and the Canadian Government even asked the producers for the rights to the film so it could be shown on television in Canada.

As of now it does not seem that the Hindutva Indian State will allow the film to be released & we hope that very soon DVD's of the movie are made and legally purchased by those who wish to see the film so that the hard work of all those involved in making KAUM DE HEERE pays off.We thank all those who people who have supported this Movie from the start and are still doing so,as Sikhs we all have to play a part in preserving our glorious history.

Party spokesperson Kanwar Pal Singh said the decision to bar the film by Home Ministry (HM) is based on flimsy ground. "The film is based on history and facts. We can't change the history nor can we run away from the facts". He asked the HM to withdraw its illegal ban as it has hurt the Sikh sentiments.

Lambasting the BJP and the Congressmen for raising hue and cry on the film, Kanwarpal Singh said they have no business to interfere in Sikh affairs. 'It's for the Sikhs to decide who is their community's (quam) hero and Akal Takht articulating the collective aspirations of the Sikhs have declared the three (Beant Singh, Satwant Singh and Kehar Singh) as their heroes and martyrs.

Rubbishing all talks and claims by certain quarters that the film would disturb the communal harmony, he said bonds of Punjabi's are not so weak and fragile that any film could trigger unrest amongst them.

He urged the Director of the film to wait for few days and in case the government sticks to its illogical stand, then he should distribute DVD’s of the film within Sikh circles and that their cadre would screen the film in villages, towns and cities on their own. 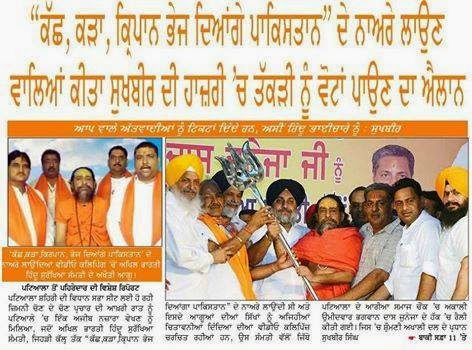 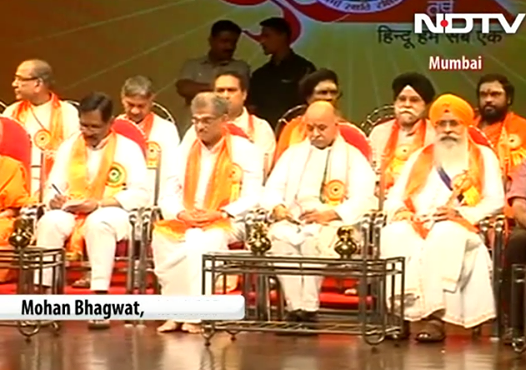 We demand the SGPC & Puppet Jathedar of Sri Akal Takht Sahib,Gurbachna take action against so called 'Giani Iqbal Singh' of Patna Sahib,he attended the RSS event where the head of RSS threatened minorities(Sikhs etc) saying Hindutva will swallow them this Agent of Hindutva & fake Sikh has in the past claimed Sri Guru Gobind Singh Ji will be back in 2016 amongst other stupid statements,his several ex wives have also exposed him as a womaniser...Pandit Iqbal Chand needs to be EXCOMMUNICATED from the Sikh Nation,if these puppet Jathedars fail to take action - the Guru Khalsa Panth will.