Amritsar, Punjab (July 31, 2014): Sikh body Dal Khalsa has written to Jathedar of the Akal Takhat apprising him of the plight and status of death row convict Bhai Balwant Singh Rajoana’s case besides negative fallout of the internal bickering within the community.

Dal Khalsa president Bhai Harcharanjeet Singh Dhami in his letter sent to Gaini Gurbachan Singh pointed out how Badals led Punjab government has sabotaged all Panthic efforts to save Jathedar Bhai Balwant Singh Rajoana from gallows by refusing to recommend commutation of Jathedar Bhai Balwant Singh Rajoana’s death sentence into life on the Home Ministry letter asking for its version. 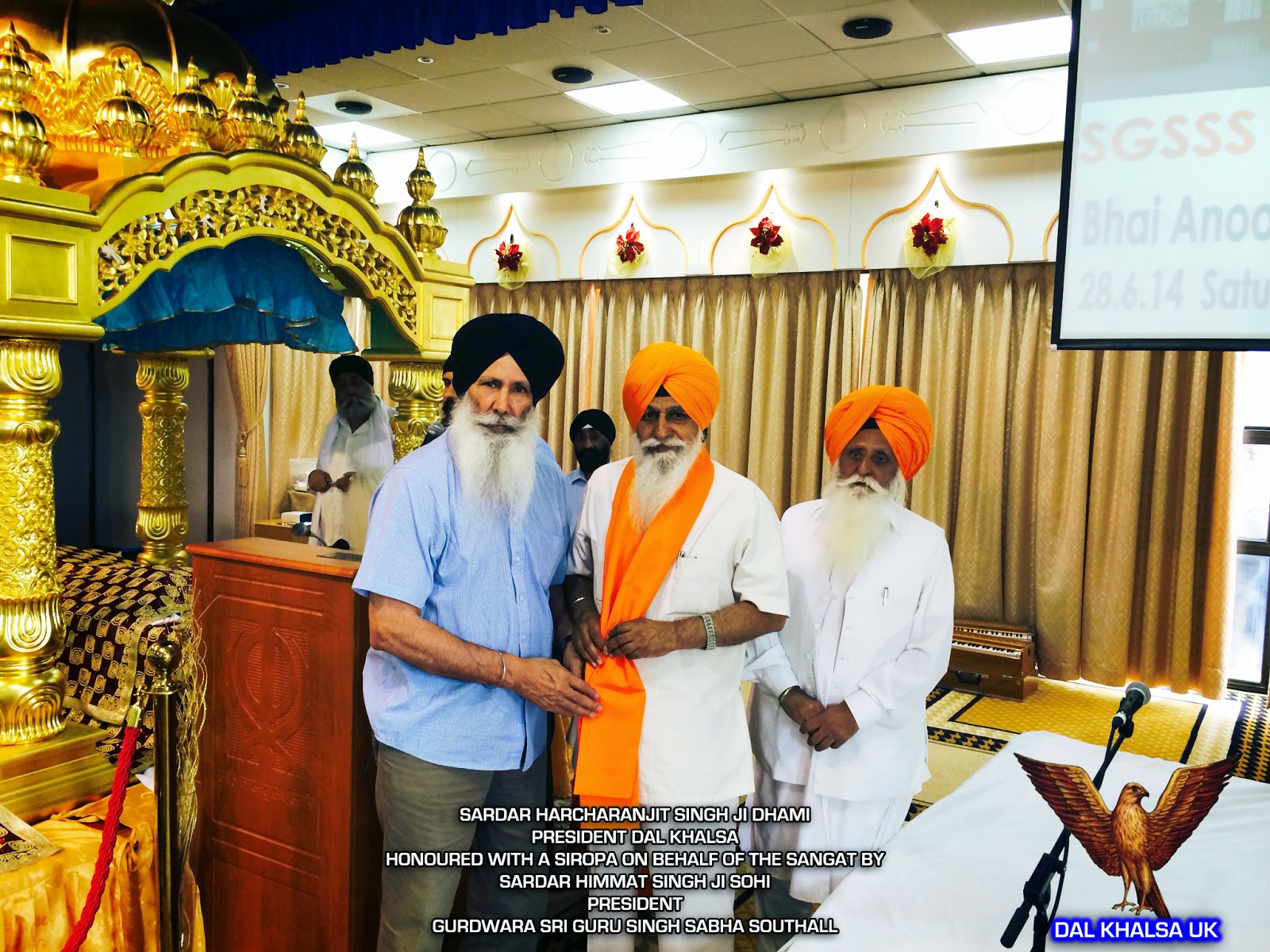 Notably, Badal Dal & SGPC has filed a petition before the President of India against the death sentence awarded to Jathedar Balwant Singh Rajoana.
Bhai Harcharanjit Singh Dhami said the media report indicates that India’s Home Minister Rajnath Singh would take the final call on Jathedar Bhai Balwant Singh Rajoana as Punjab government has refused to recommend anything on the file. He further quoted Home Ministry official saying that Punjab government has put the onus to take the final decision on Central government.

Reminding Jathedar for bestowing the title of “living martyr’ on Jathedar Rajoana by Five Singh Sahibans, he said Badals have double tongue and dual face. There’s a wide gap between the perception and views of Badals as head of the government and as head of the SAD.
He urged the Jathedar to caution the SGPC, DSGMC and the Badal Dal timely of the serious ramifications in case the Modi Sarkar decides to hang Jathedar Rajoana. 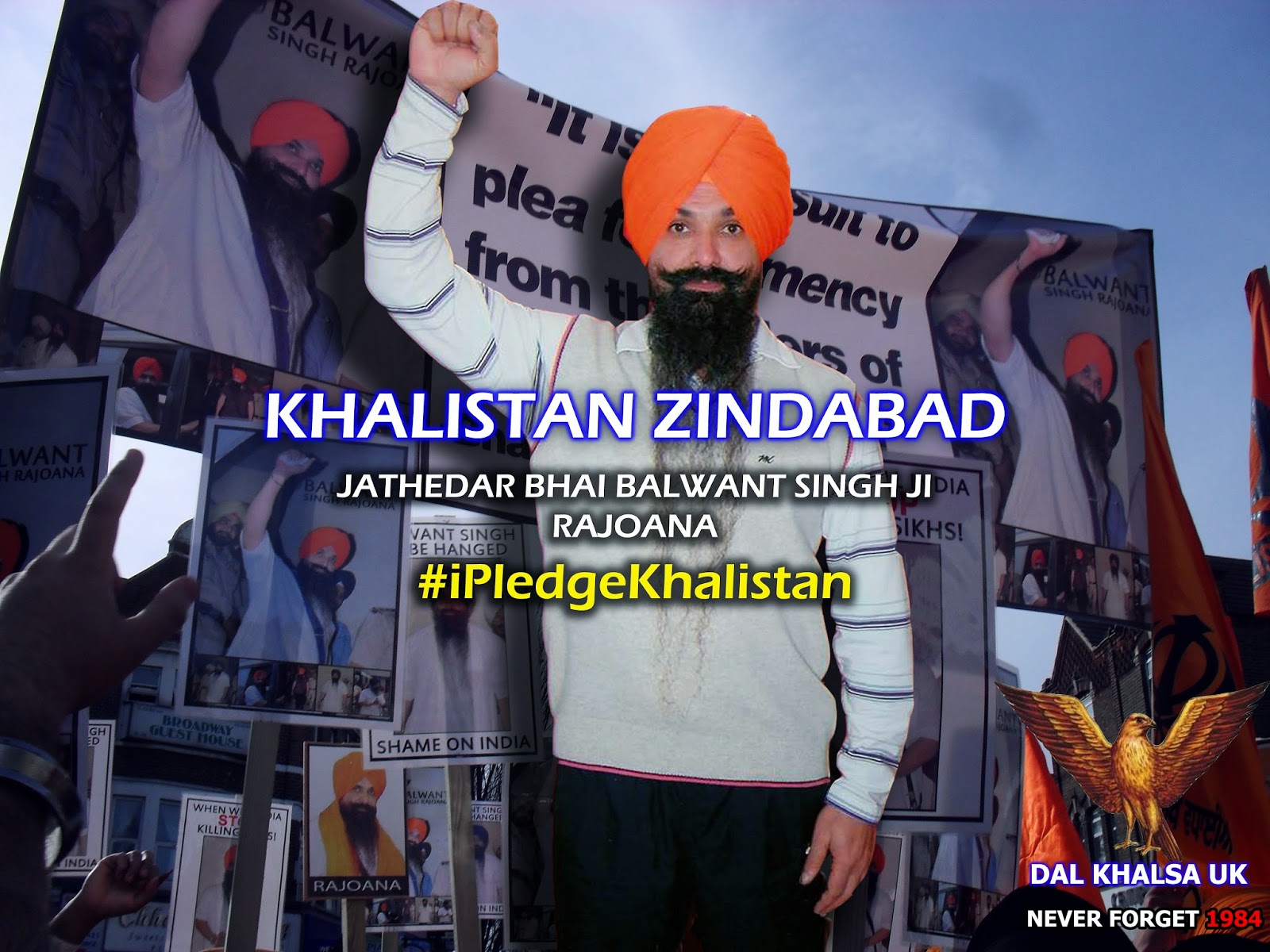 Referring to Badal family controlling the levers of power in all institutions be it political, religious or educational, he said it’s ironic that one family is calling the shots.
We hear the slogan of “Akal Takhat is supreme and pride of the Sikh Panth” during Panthic gatherings and marches, said he. But in practical terms, the political as well as religious leadership was destroying its supremacy, traditions, ethos, tenets and principles. Without naming anyone, the letter says arrogance and big ego’s of those who are at the helm of community’s affairs were responsible for denigration of Sikh institutions including Akal Takht and SGPC.

The letter rue that instead of forging unity, the Sikh institutions and organizations were involved in a race to show other in a poor light.
Referring to their organizations sharp differences with the Jathedar on HSGMC row, Dhami said we differ with you in principle on many issues, however this difference of opinion should not affect our genuine plea to you to save Jathedar Rajoana.

He took a dig at SGPC for spending a huge amount from guru’s golak to run the advertisement to enforce the edict of Jathedar excommunicating Haryana Sikhs. Asking the Jathedar to give a pause and think, why the SGPC has to resort to such practice? 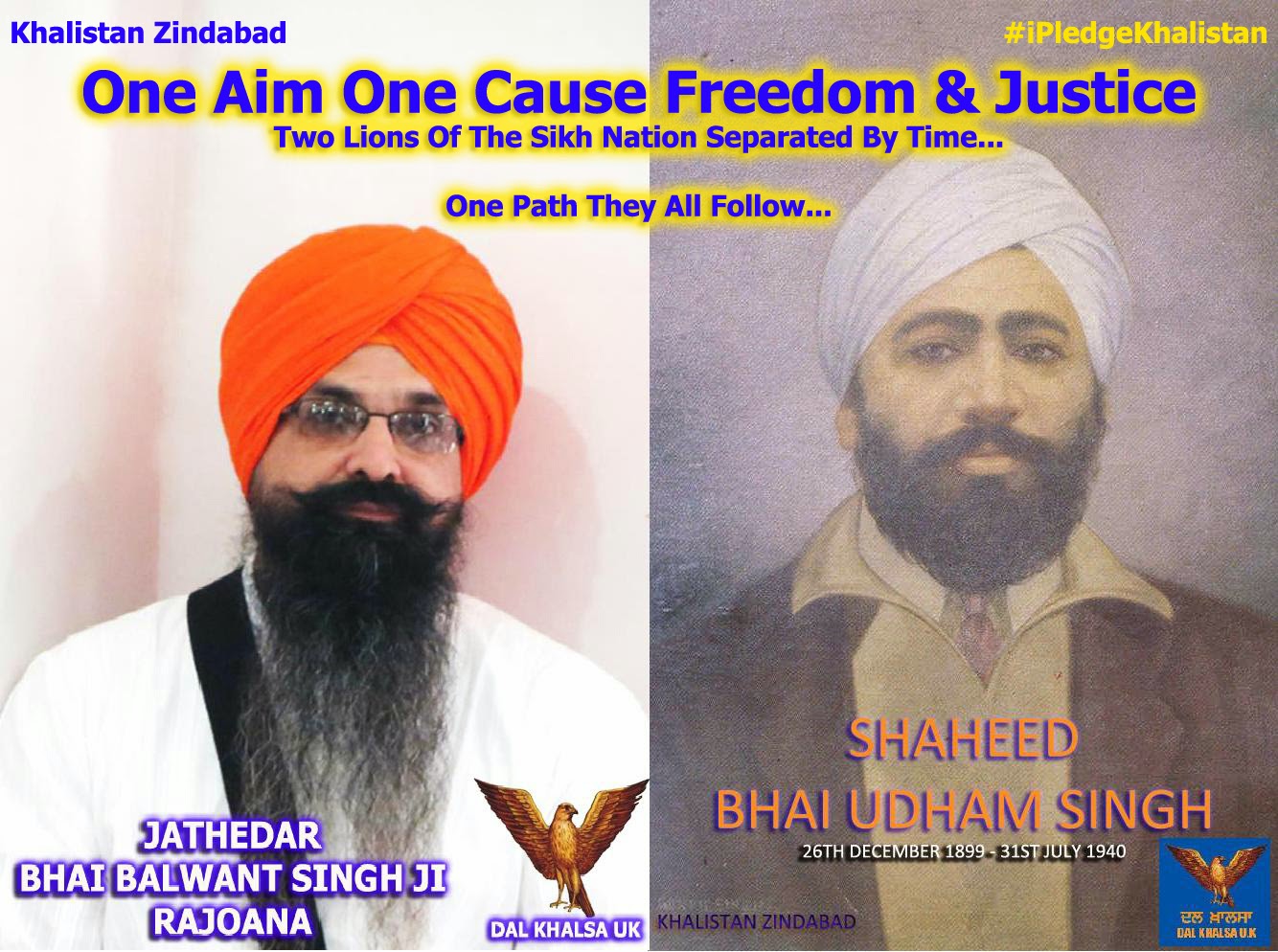 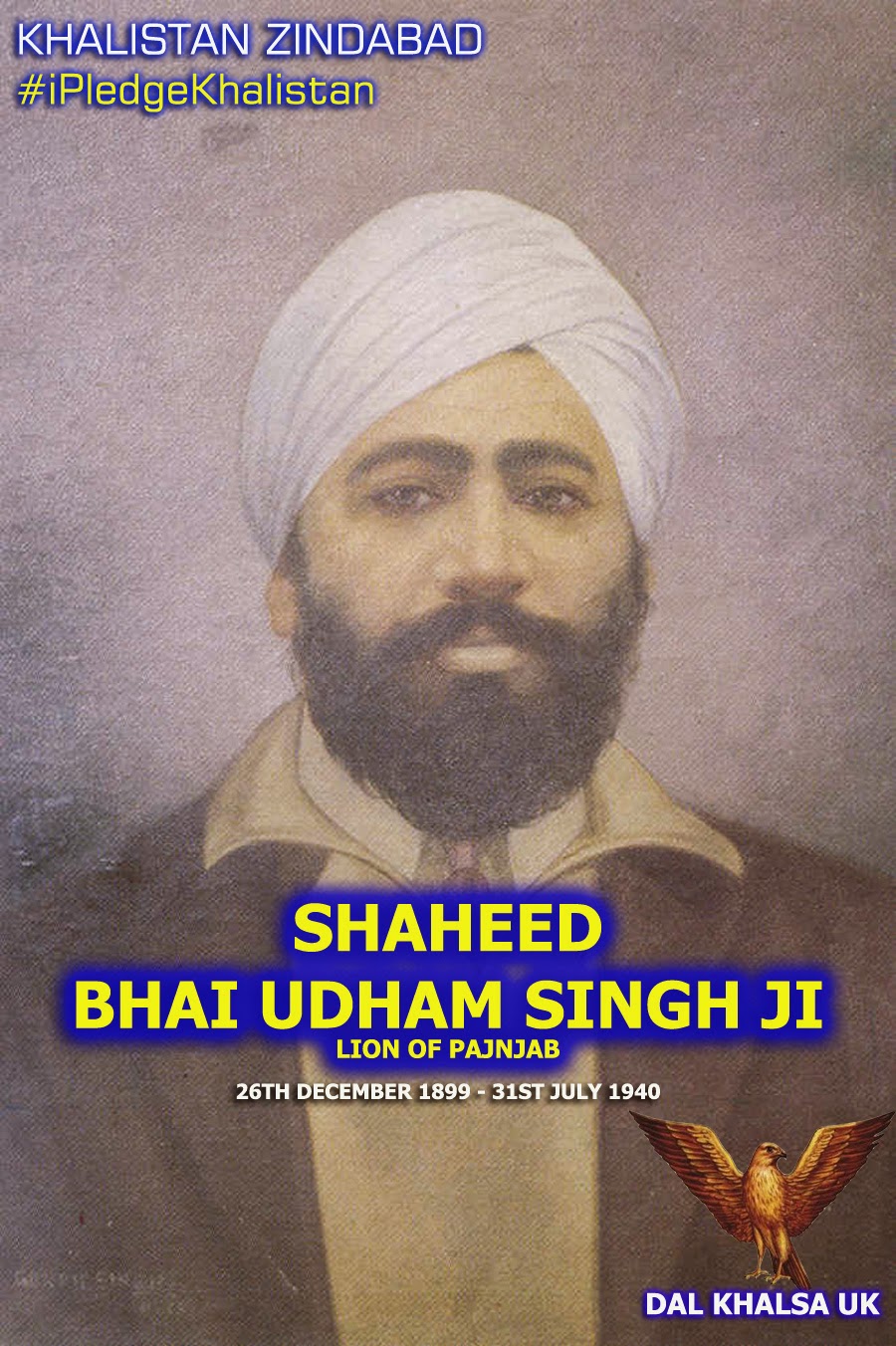 He Was A Lion Of Panjab Who Shot Dead Micheal O'Dwyer In Caxton Hall Central London In Revenge For The Jallianwala Bagh Amritsar Massacre.This Legendary Sikh Martyr Hunted Micheal O'Dwyer For Over 20 Years To Serve Justice.The Streets Of London Still Shake In Fear Hearing The Name Of Shaheed Bhai Udham Singh Ji,Who Took A Revolver In A Book To Greet The Tyrant Micheal O'Dwyer.Bhai Sahib More Than Ever Is An Icon Of Freedom Relevant To The Sikh Nation's Struggle For Freedom & Khalistan.Had Bhai Sahib Been Alive Now He Would Have Joined His Brothers Like Jathedar Bhai Balwant Singh Ji Rajoana To Struggle For Freedom & Fight Against Tyranny ...
Parnaam Shaheedan Nu ....#iPledgeKhalistan

Why all Sikhs should train with handguns, rifles & other weapons 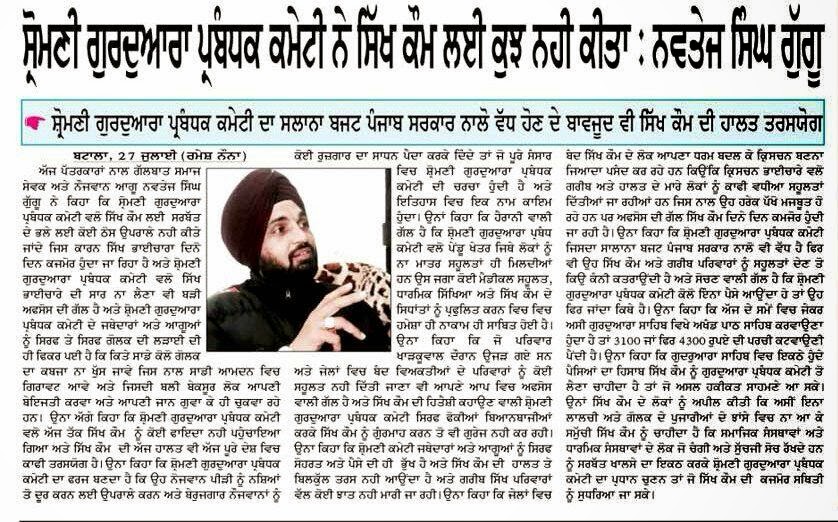 Guggu Don - The Real G a.k.a Bhai Navtej Singh Ji Gives His View On The Sellouts & The SGPC 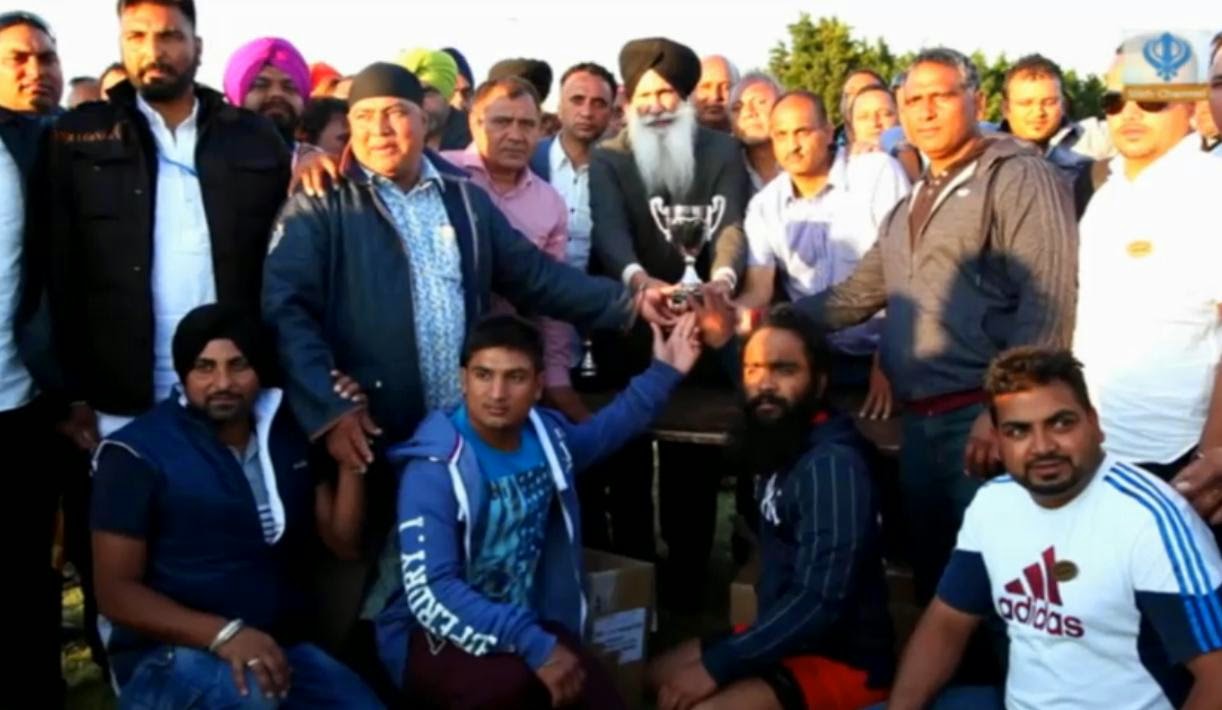 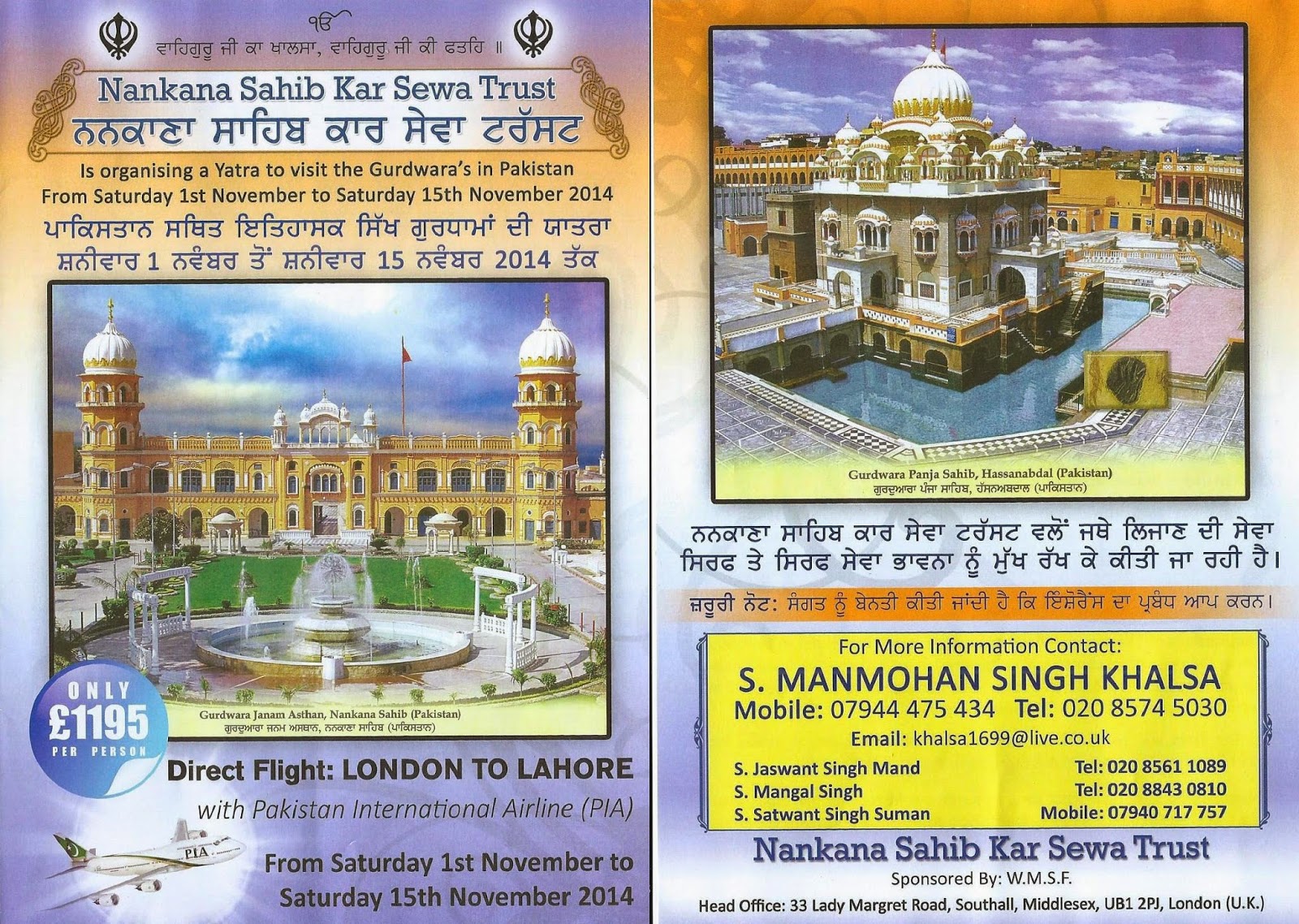 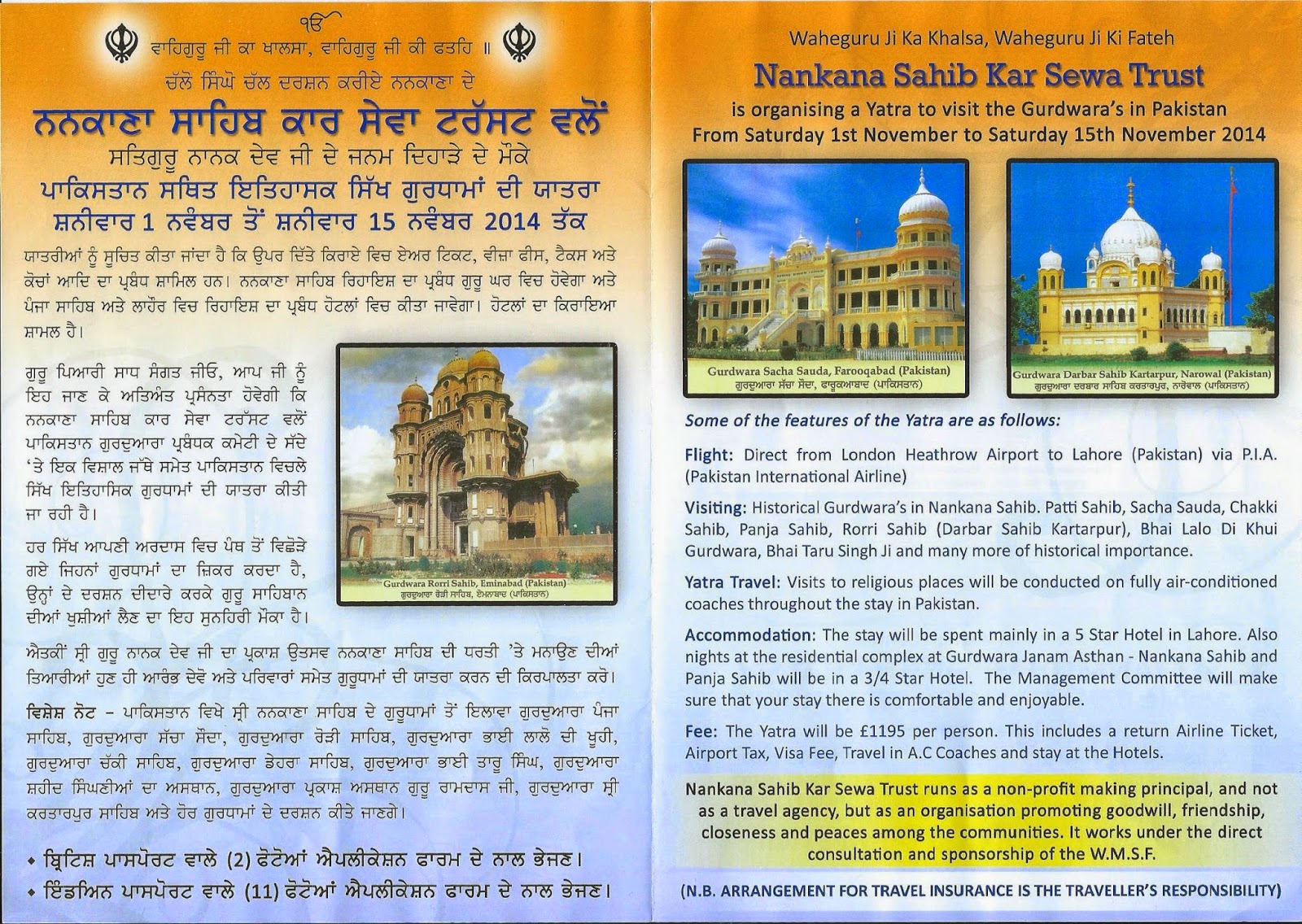 It has come to light that a leading RSS ( Rashtriya Swayamsevak Sangh ) Hindutva Terrorist has been killed in Saharanpur,while the circumstances are not clear as to how he was killed,it is clear he was behind the Sikh - Muslim clashes in Saharanpur.The aim of the fasicst RSS has always been to instigate communal strife between minorites so that they kill one another while the RSS is seen as a saviour who restores so called peace after mass killings. 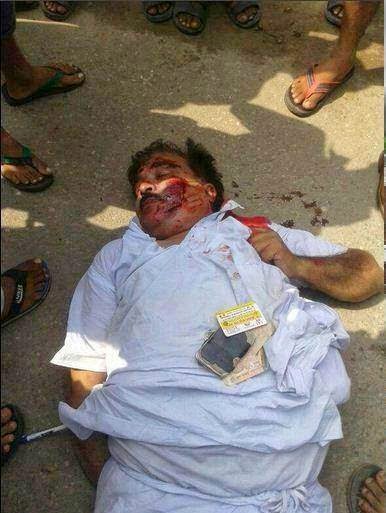 The circumstances of the death of this RSS terrorist in Saharanpur are still to come to light,but the RSS is known to kill it's own people to use as a reason to create widespread communal violence & riots where the minorities are always the victims.This was done in Gujarat in 2002 where Muslims were ethnically cleansed after a train full of RSS Members was burned in Godhra by the RSS themselves & more recently in Orissa where they killed one their own leaders to go on a mass killing spree of Christians.

We appeal to Sikhs & minority communities to see throught these evil communal designs & to not get caught up in this clever game being played by fasicst terror groups & intelligence agencies such as the RSS.