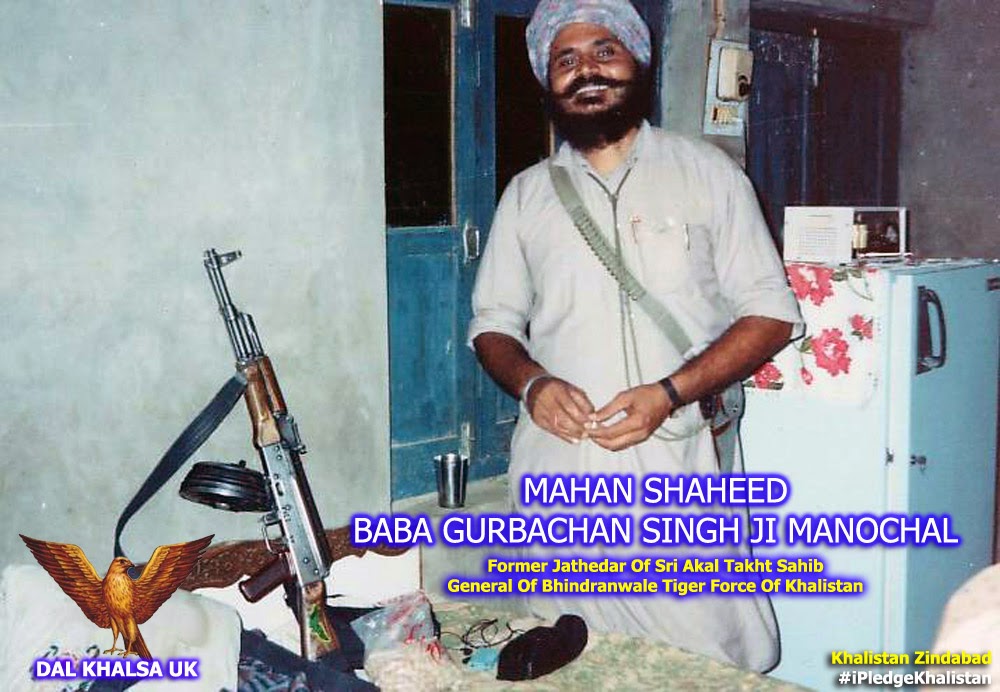 ON THIS DAY ONE OF THE GREATEST GENERALS OF THE KHALISTAN FREEDOM MOVEMENT BECAME SHAHEED...
MAHAN SHAHEED BABA GURBACHAN SINGH JI MANOCHAL
GENERAL OF THE BHINDRANWALE TIGER FORCE OF KHALISTAN
JATHEDAR SRI AKAL TAKHT SAHIB JI....
A LEGEND IN EVERY SENSE OF THE WORD..
PARNAAM SHAHEEDAN NU! KHALISTAN ZINDABAD! 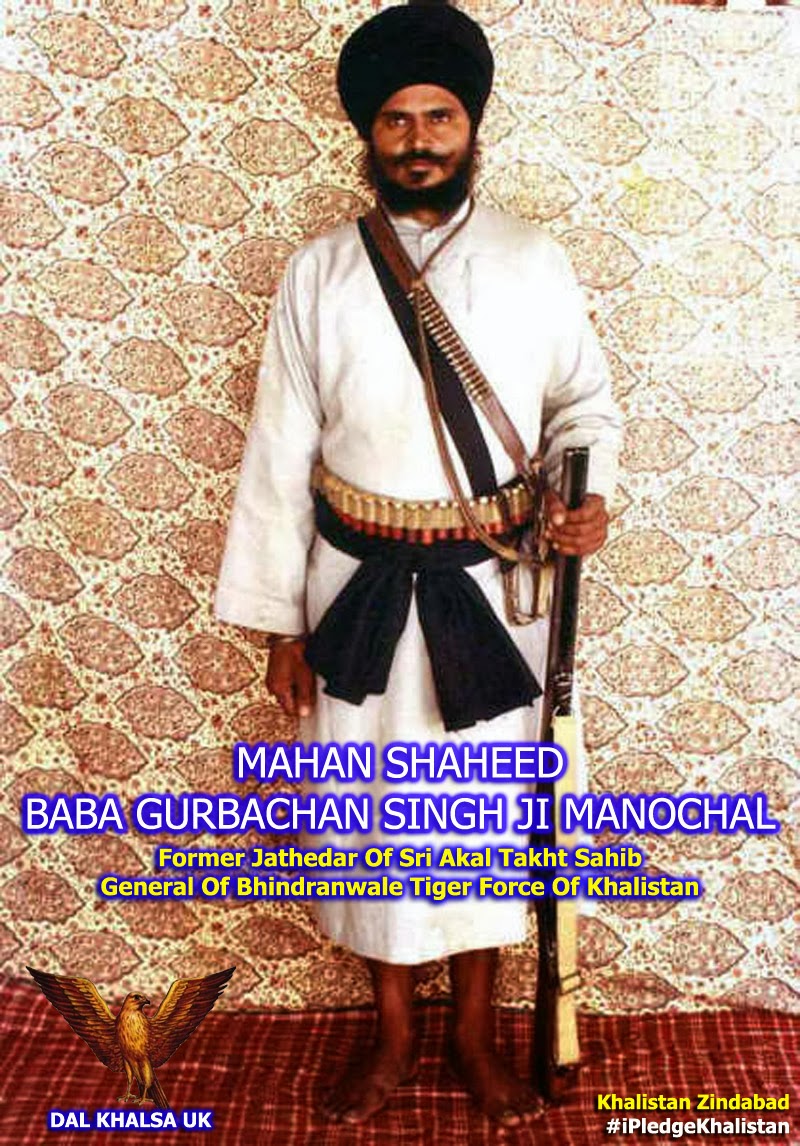 Gagandip Singh - 3 Years To The Day

On this day three years ago,27th Feb 2011 our dear brother Gagan was taken from us,we remember him on this day & his inspiration & ever lasting thirst/mission to serve the Sikh Nation for it's advancement & freedom continues to inspire us.......Remembering you on this day bro your work continues,your inspiration inspires,'your memory is magic...' 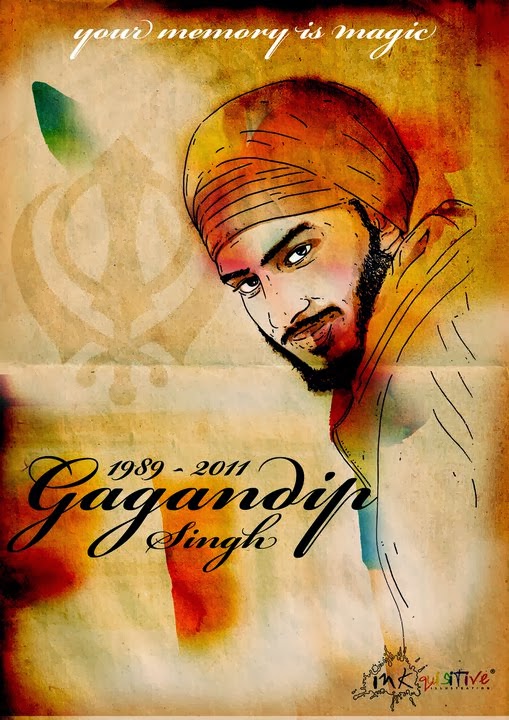 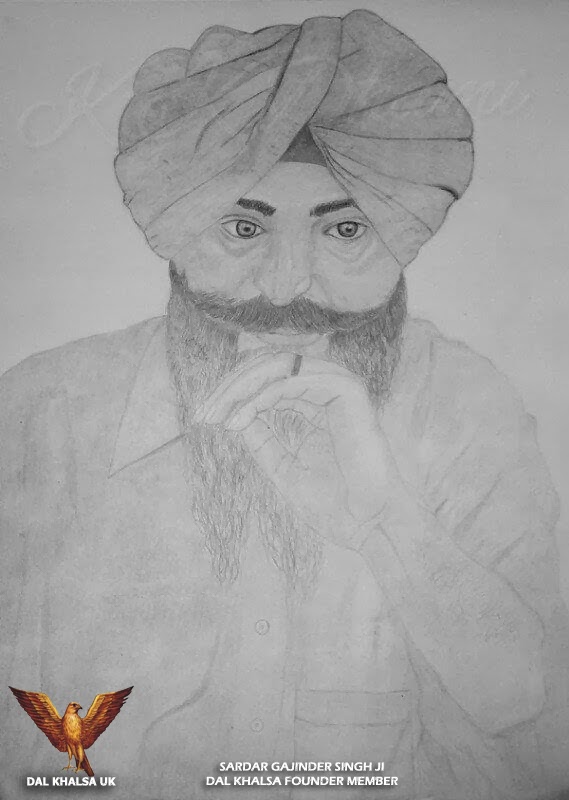 Narendra Modi at Jagraon Rally [February 23, 2014]
In a hard hitting statement party’s secretary for political affairs Kanwar Pal Singh said Modi’s utterances that Hindu migrants should be allowed to enter from Bangladesh border and others to be thrown back reflected his communal trait. “India can’t have immigrant policy based on religion. Either immigrant’s are acceptable or unacceptable, irrespective of their religion, caste and creed”, said he, while taking a dig at BJP’s divisive and discriminative policies.

He said if after becoming PM, Modi was aiming at transforming India into a Hindu state in true sense, he could go ahead only after the Indian establishment allowed Punjab, Kashmir, Nagaland and Assam the right to secede. “The people of these states have time and again rejected the dominance of New Delhi and are actively seeking right to self-determination since 70’s”, he pointed out.

The organization leader also took serious view of Shiromani Akali Dal treating ‘turban’ as ‘topi’. Kanwarpal said the Badal duo had committed a blunder by placing tied turban on the head of Narendra Modi during his visit to Jagraon. The father and son had forgotten that turban was religious symbol and not just a cultural headgear. Akalis have diluted the sanctity of turban, said Singh and added it was disgusting and painful to see turbaned Modi.

He rued that the post of the Jathedar Akal Takht and SGPC head had become subservient to the chair of the chief minister otherwise their intervention could have been sought to end such a repeated sacrilege to the turban by the political class.

He took exception over the remarks of Sukhbir Badal that they would win 13 seats in Punjab to make Modi a PM. If Akalis are hell bent to ignore Modi’s complicity in 2002 carnage, then they must stop shedding crocodile tears for the victims of 1984 Delhi killings. “There is no difference between the role of Rajiv Gandhi and Narendar Modi in 1984 and 2002 carnage respectively”. Both had engineered the bloodshed of minorities to consolidate Hindu vote-bank, said he.