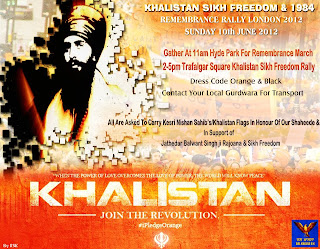 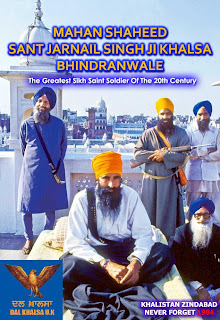 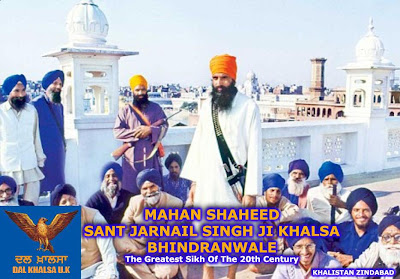 DAL KHALSA CALLED 'EXTREMISTS' ON INDIAN NATIONAL TELEVISION IN REGARDS TO OUR RELEASE OF THE UPDATED 1984 SHAHEEDI DIRECTORY, BLUESTAR MEMORIAL AND DECLARATION OF JATHEDAR RAJOANA AS A JINDA SHAHEED

DAL KHALSA CALLED 'EXTREMISTS' ON INDIAN NATIONAL TELEVISION IN REGARDS TO OUR RELEASE OF THE UPDATED 1984 SHAHEEDI DIRECTORY, BLUESTAR MEMORIAL AND DECLARATION OF JATHEDAR RAJOANA AS A JINDA SHAHEED 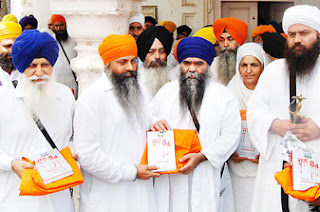 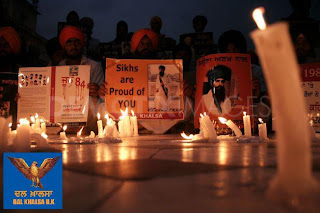 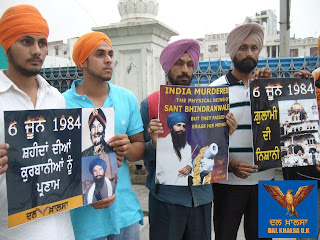 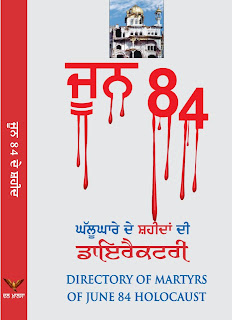 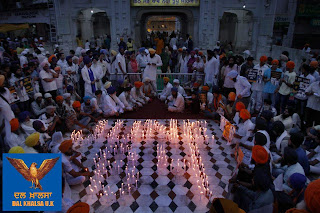 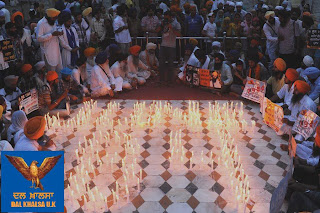 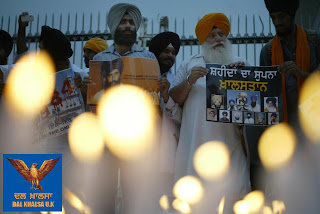 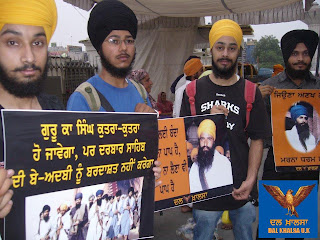 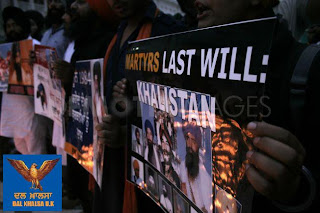 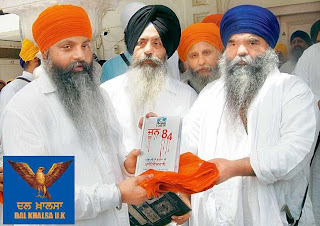 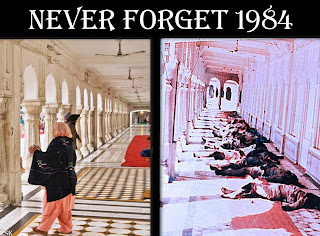 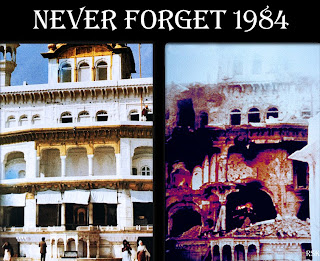 Dal Khalsa UK Exclusive:Sikhs In Pakistan Remember The 1984 Sikh Genocide On The 28th Anniversary Of The Genocidal Operation Bluestar By Hindutva India - Memo To Pakistan Govt 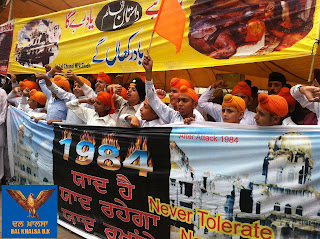 Sikhs in Pakistan gathered in Lahore to remember the 1984 Sikh Genocide on the 28th Anniversary of the Genocidal Operation Bluestar in which the Power Drunk Bhaman Hindutva Armies bombed the Sikhs' holiest shrine the Sri Harmandar Sahib Complex - Sri Akal Takht Sahib.Not only that hundreds of other Gurdwaras were attacked by Hindutva Paramilitary Forces/Airforce/Navy/Commandos/BSF/CRPF/Police etc. 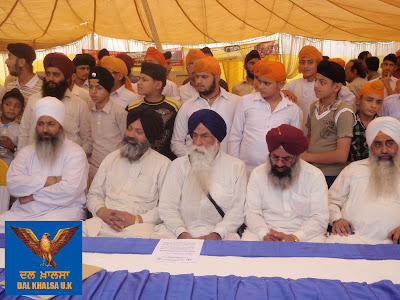 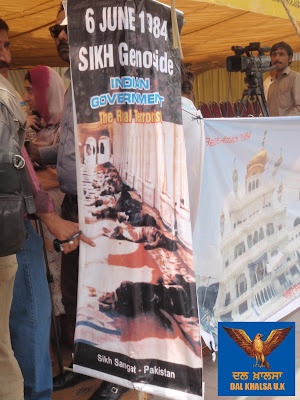 The Hindutva Govt attacked on the Shaheedi Anniversary of Sri Guru Arjan Dev Ji Maharaj when thousands were attending to mark the Gurpurab.Those in attendence were shot in cold blood at point blank range,raped and were killed in the most brutal ways.Even children and the old aged were not spared and were run over by tanks,those who survived were made to sit in the burning June Heat next to rotting bodies of those Sikhs killed,when they asked for water they were given urine or were spat on,such was the brutality of the Hindutva Indian Forces. 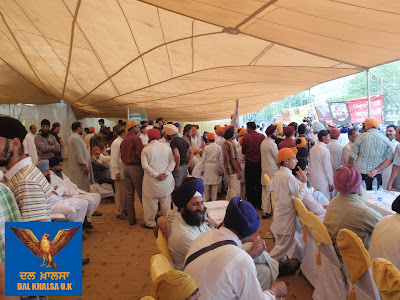 Pakistan's Sikhs handed in a memorandum to the Pakistan Panjab Government asked them to condemn the action and the ongoing Sikh Genocide within India and Indian Occupied Panjab. 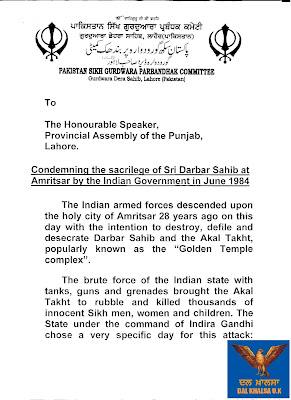 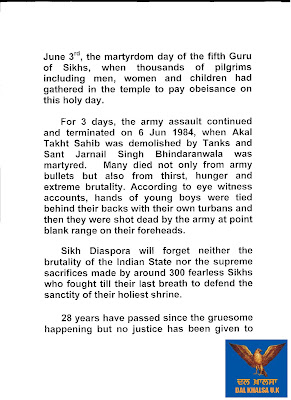 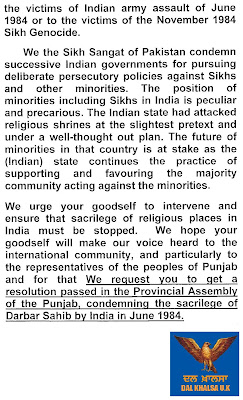 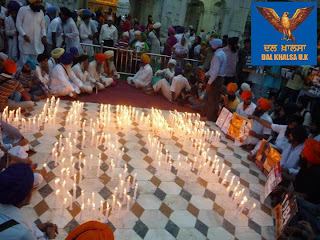 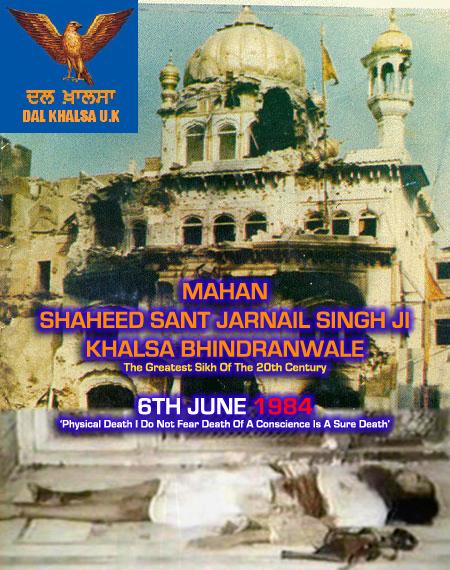 WE BOW OUR HEADS IN HONOUR OF THE SUPREME SACRIFICE GIVEN ON THIS VERY DAY 28 YEARS AGO BY
MAHAN SHAHEED SANT JARNAIL SINGH JI KHALSA BHINDRANWALE WHO FOUGHT TILL THE VERY END WITH A HANDFUL OF SIKHS DEFENDING THE SIKH FAITH & NATION FROM THE BULLETS BOMBS & TANKS OF THE HINDUTVA INDIAN ARMY WE HONOUR HIS SHAHEEDI & IMMORTAL LEGACY WHICH LIVES IN OUR VERY BLOOD FOR HIS SPILT BLOOD WATERED THE FLOWER OF THE KHALSA PANTH & SIKHI...WAHEGURU 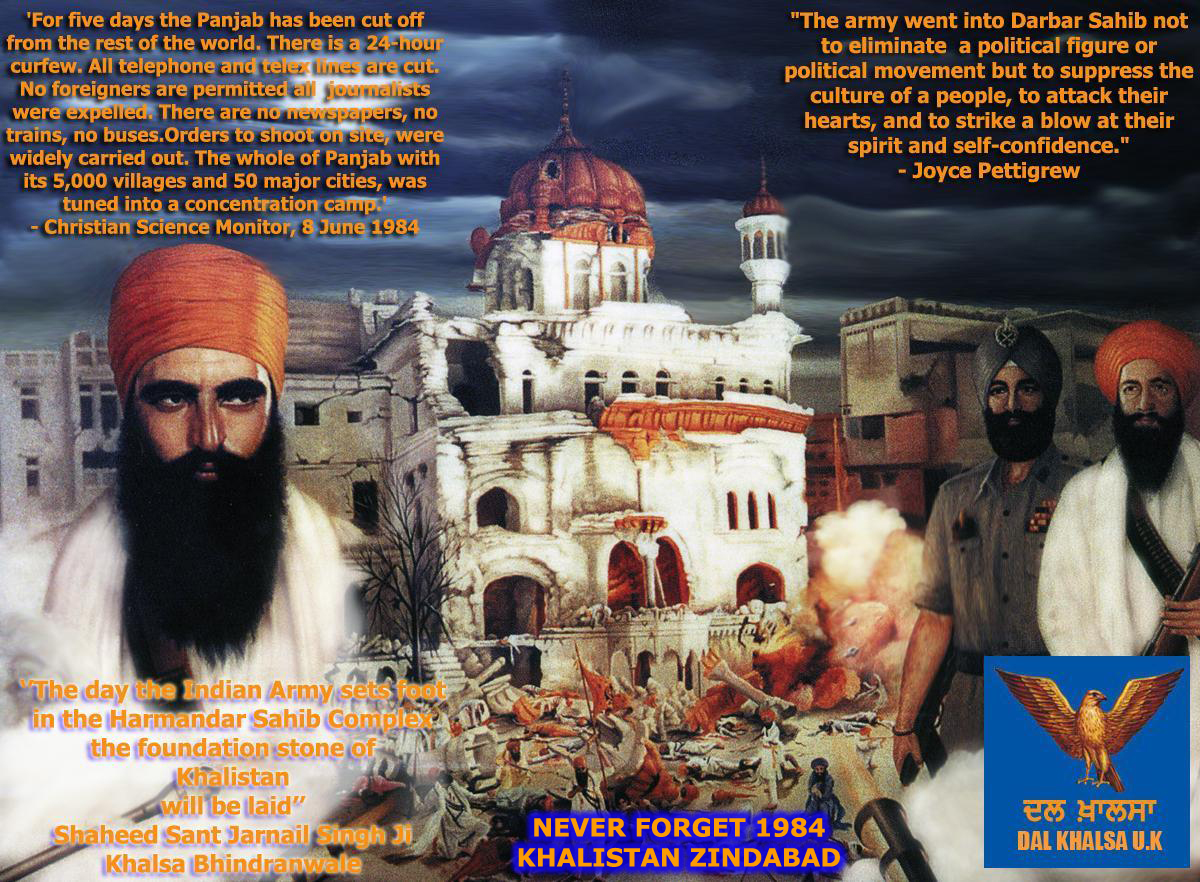 WE WILL NEVER FORGET 1984....
WE WILL NEVER FORGIVE 1984...
28 YEARS ON THIS EXACT DAY A FEW HUNDRED SIKHS STOOD TALL & DEFENDED THE SRI HARMANDAR SAHIB COMPLEX & ATTAINED SHAHEEDI PROTECTING THE SIKH NATION FROM THE THE TERRORIST HINDUTVA INDIAN ARMY WHICH SENT ALL ITS FORCES IN TO DESTROY THE CENTRE OF SIKHISM YET ALL THEIR TANKS,BOMBS,BULLETS & FIREPOWER STRUGGLED TO PENETRATE THE DEFENCES OF THE SIKHS...THE SPIRIT OF THE KHALSA PANTH CAME TO LIFE!

JUNE 4TH 1984 28 YEARS AGO THE HINDUTVA INDIAN ARMY LAUNCHED A FULL SCALE ATTACK ON SRI HARMANDAR SAHIB AT DAWN..PANJAB WAS SEALED OFF FROM THE WORLD AND COUNTLESS GURDWAREH WERE SURRONDED BY THE ALL THE ARMY AND PARAMILITARY FORCES OF INDIA IN ORDER TO DESTROY THE SIKH NATION .. 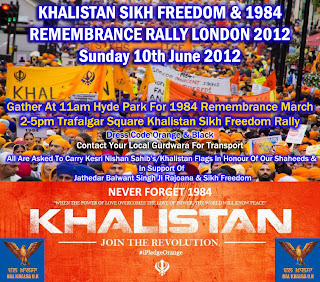