**Gandhi The Anti Sikh Bhaman Finally Exposed For What He Really Was A Racist Bisexual,This So Called Father Of India Slept & Sexually Abused Animals,As Well As Carried Out His Wild Sexual Fantasies On Young Women SPREAD THE WORD ABOUT THIS FAKE PERVERTED RACIST**

A controversial biography of Mahatma Gandhi has claimed that the revered political leader was racist and bisexual.

The book alleges that as an older man he held "nightly cuddles" – without clothes - with seventeen year-old girls in his entourage, including his own niece.

It also suggests that he was in love with German-Jewish architect and bodybuilder, Hermann Kallenbach, for whom he left his wife in 1908.

"Gandhi wrote to Kallenbach about 'how completely you have taken possession of my body. This is slavery with a vengeance'," the book said, going on to claim that Gandhi nicknamed himself "Upper House" and Kallenbach "Lower House."

It goes on: "He made Lower House promise not to 'look lustfully upon any woman.' The two then pledged 'more love, and yet more love . . . such love as they hope the world has not yet seen.'"

In another startling revelation, the book claims he held racist views against South African blacks.

"We were marched off to a prison intended for Kaffirs," he is quoted as saying during a visit to the country. "We could understand not being classed with whites, but to be placed on the same level as the Natives seemed too much to put up with. Kaffirs are as a rule uncivilised."

The Wall Street Journal review of the book said it recast Gandhi as "a sexual weirdo, a political incompetent, a fanatical faddist, implacably racist, and a ceaseless self-promoter, professing his love for mankind as a concept while actually despising people as individuals."

Gagandip Singh - We Will Never Forget 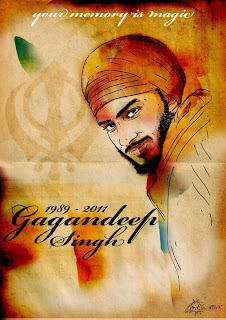