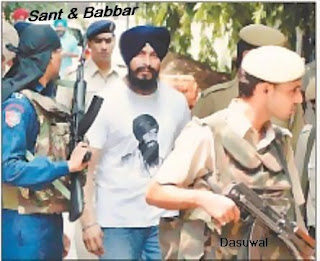 Inspiational Speeches on 1984 - the Sikh Genocide by Hindu India and on the need for Sikh Freedom and Independence of Khalistan,at the Sikh Freedom & Independence Rally 2011 Hyde Park - Trafalgar Sq Central London - which has the biggest attendence in 27 years - shaking Hindutva India to its core!!! 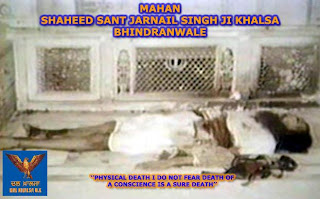 NO SURRENDER TO HINDUTVA INDIA!!

Dal Khalsa Salutes The Shaheeds Of 1984 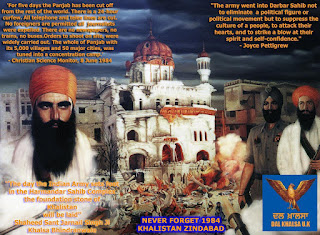 So great were these Sikhs that no enemy could even move without being eliminated,against all odds the Sikhs defended the honour of Sikhism and Dhan Dhan Sri Guru Granth Sahib Ji ,through which the enemy bullets of Hindu India went through.Even after bringing in Tanks and launching a full scale War on Sri Harmandar Sahib and Panjab they the drunken Hindutva Army still struggled.The evil that was unleashed cannot be described and is mind shattering from Women and Girls being raped,Sri Guru Granth Sahib Ji shot at alongside Sri Harmandar Sahib, Sri Akal Takht Sahib being blown up by Military Tanks of the Indian Army,to small kids being shot dead along with old age Grandfathers and Grandmothers.In an attempt to wipe out Sikhism and Sikhs the Reference library which contained saroops of Sri Guru Granth Sahib Ji and handwritten hukamnamas and other historical artefacts was looted and burned in order to wipe out our History.

The Sikh Defenders still even after the tanks rolled in and crushed the delicate marble fought with their heads up high shouting jakareh,it took the Indian Army chemical gas (which is illegal under international law)to neutralise those Soormeh who fought till the very end.

So evil were the Army after the Hindutva Terrorist attack on our holiest Shrine that they even tortured the dead bodies of Sikh Shaheeds ,from Shaheed Bhai Subegh Singh by scalping his head and putting barbed wire and metal rods through him to Shaheed Sant Jarnail Singh Bhindranwale's body which can be seen in pictures to be in a horrific state.

Dal Khalsa salutes these Mahan Soormeh and Shaheeds who gave their lives in front of Tanks and Bullets,some were meditating,some had come to mark Gurpurab and some had come to join the ranks of the Sikh Defenders who knew that an attack was impending.All were United under One Nishan Sahib and Sri Guru Granth Sahib Ji ,it is the duty of every Sikh to put aside all differences and to keep alive the legacy of these Shaheeds and not let no one or any Government tell us who our Shaheeds are or to Forget them.We Sikhs ceased to be Indians the day the Hindu Indian Army set foot in our holiest Shrine to equate a true Sikh with an Indian is call a Jew a Nazi,never again shall we fly the Indian Flag or defend India's borders Never again will we as the Sikh Nation trust the Hindutva State of India which kills minorities and commits open Genocide on us.

As was said by Giani Amolak Singh in the aftermath of June 1984 ' They think the Golden Temple Action is over .......but this is the start..... of the REAL STRUGGLE''

Those words were true then as much as they are now,maybe more true now as our struggle for Freedom is now once again in full swing across the Sikh Panth from Panjab to Europe the Sikhs are waking up to the hidden reality of what happened 27 years ago.So on this dark week of remembrance and reflection lets all commit ourselves to exposing the truth,educating our Nation and uniting under ONE KESRI NISHAN SAHIB as our great Leader and Sher of the Sikh Qoum Mahan Shaheed Sant Baba Jarnail Singh Ji Khalsa Ji asked us to and remain in Chardi Kalla

No Surrender To Hindutva India
Khalistan Zindabad - The Next Step 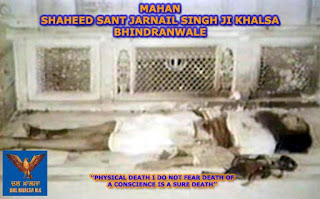 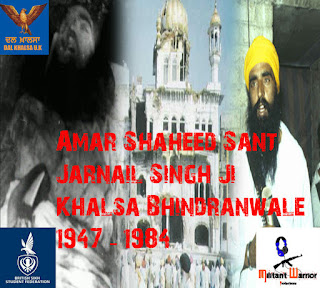 ''PHYSICAL DEATH I DO NOT FEAR, DEATH OF A CONSCIENCE IS A SURE DEATH'' 6TH JUNE 1984 - 27 YRS AGO THE DAY A LION WHO STAYED TRUE TO HIS WORD GAVE THE ULTIMATE SACRIFICE DEFENDING THE SIKH NATION! MAHAN SHAHEED SANT JARNAIL SINGH JI KHALSA BHINDRANWALE!!
FEB 12TH 1947 - JUNE 6TH 1984

THE 3 INDIVIDUALS CHARGED WITH GAGAN'S MURDER PLEAD NOT GUILTY ,TODAY AT THE OLD BAILEY - MUNDILL MAHIL WHO IS OUT ON BAIL AFTER PAYING ALMOST £100,000 HID IN A CAR LIKE A COWARD WHEN SHE FACED GAGAN'S FAMILY,FRIENDS THE SIKH COMMUNITY, - WAHEGURU WILLING THESE EVIL MAHAPAAPIS WILL GET WHATS COMING TO THEM..WE WILL NOT REST UNTIL JUSTICE HAS BEEN SERVED! 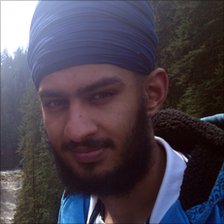 Gagandip Singh, 21, was discovered in the boot of the car which was dumped in Blackheath in February.

Mundill Mahil, 19, of Maidstone Road, Chatham, Kent, appeared in the dock at the Old Bailey to deny the charge.

He is believed to have been attacked at a flat in Brighton before being left in the Mercedes.