Australia (October 18, 2011): A criminal complaint has been lodged against Indian Film Star Amitabh Bachan with Australia’s Commonwealth Director of Public Prosecutions for inciting, participating, conspiring, aiding, abetting and carrying out organized attacks on Sikh population of India in November 1984. Amitabh Bachan is currently in Australia to receive an Honorary Degree from Queensland University of technology-Brisbane and for shooting of Hollywood movie “Great Gatsby” co-starring Leonardo DiCaprio.

The criminal complaint against Bachan has been lodged by Sikhs for Justice (SFJ), a US based human rights organization; National 1984 Victims Justice and Welfare Society and All India Sikh Students Federation on behalf of widows, victims, and survivors of November 1984 Sikh Genocide. According to attorney Gurpatwant Singh Pannun, legal advisor to SFJ, the criminal complaint against Bachan has been lodged with Honorable Christopher Craigie SC, Director Commonwealth Public Prosecutions, Australia charging Bachan with giving Murderous calls of “Blood for Blood” and “Blood Stains of Indira Ji must reach the home of Sikhs” on October 31, 1984 unleashing widespread, systematic and organized attacks against Sikh population resulting in the killing of more than 30,000 Sikhs in a short span of 4 days across India.

The criminal complaint against Bachan has been lodged under Australia’s “The Criminal Code Act 1995” which provides that Australian courts can have jurisdiction in cases involving crimes against humanity whether or not the offense was committed in Australia (Id. §§ 268.117(1) & 15.4). Justifying the prosecution of Amitabh Bachan in Australian Courts, the criminal complaint states that Bachan’s actions during November 1984 and his role in the killing of Sikhs specifically violate sections 268.8 & 9 of Australia’s Criminal Code Act of 1995.

Under this Act the mere presence of a foreigner in Australia is a sufficient basis for jurisdiction over acts of genocide, war crimes, and crimes against humanity committed abroad, thus it adopts a mode of jurisdiction equivalent to universal jurisdiction (see sections 268.117, 15.4 and 16.1 of the Criminal Code), added attorney Pannun.

SFJ is already pursuing legal cases against Indian National Congress and Kamal Nath in the US Federal Courts for their role in organizing systematic attacks on Sikh community throughout India in November 1984.

We Salute The Sacrifice Of Col Gaddafi

TODAY COL.MUAMMAR GADDAFI DIED FIGHTING TILL THE END TO BECOME A MARTYR , A MAN OF HIS WORD & A REVOLUTIONARY WHO HAS FOLLOWED IN THE FOOTSTEPS OF THOSE PAST LEADERS WHO STOOD THEIR GROUND IN DEFENCE OF THEIR BELIEFS SUCH AS CHE GUVERA & COUNTLESS OTHERS ,WE SALUTE YOUR SACRIFICE & CONDEMN THE DOUBLE STANDARDS OF THE INTERNATIONAL COMMUNITY WHO IN PURSUIT OF FINANCIAL GAIN TURN A BLIND EYE TO COUNTRIES SUCH AS INDIA WHO ATTEMPTED NOT JUST TO DESTROY A PEOPLE BUT A RELIGION THROUGH GENOCIDE - 1984 ..... "Freedom from slavery is achieved only when a person starts to feel and understand that he would prefer death to life as a slave'' Shaheed Sant Jarnail Singh Ji Khalsa Bhindranwale

DAL KHALSA UK CONGRATULATES JAGMEET SINGH & THE CANADIAN SIKH COMMUNITY FOR ELECTING HIM AS AN MPP FOR BRAMELA GORE MALTON.THIS IS A MASSIVE ACHIEVEMENT NOT JUST FOR CANADIAN SIKHS BUT FOR SIKHS WORLDWIDE.JAGMEET SINGH HAS ALWAYS SPOKEN OUT FOR SIKH RIGHTS/FREEDOM.A SHAME WE HAVEN'T MANAGED TO ELECT A SIKH IN PLACES LIKE SOUTHALL - INSTEAD ANTI SIKH SHARMA (BEING INVESTIGATED FOR DONATIONS)WAS ELECTED OVER A HARDWORKING SIKH -WE CAN ALL TAKE INSPIRATION & LEARN FROM THIS VICTORY! WE HOPE JAGMEET SINGH CONTINUES TO SERVE THE SIKH NATION AS WELL AS HIS LOCAL CONSTITUENCY,CONGRATULATIONS ONCE AGAIN! 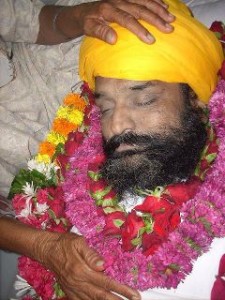 Mumbai, India:In 2008 a Gursikh Bhai Balkar Singh was shot and killed by the security of Dera sacha sauda in Mumbai. There were many protests by the Sikh community of Mumbai and Punjab as a result of which, Mumbai police arrested 14 dera men on murder charge.

Recently, all 14 accused who were supported and heavily funded by dera sacha sauda law team were set free by the Maharashtra court. No one was punished for the murder of an innocent sikh bystander killed in broad daylight. Despite having all evidence including eyewitnesses, Indian court again failed to provide justice to the Sikh Community; specially to the family of Bhai Balkar Singh.

THE MURDERERS OF SIKHS WALK FREE,WHILE SIKHS ARE KILLED OPENLY SENT TO DEATHROW TO BE HUNG LIKE DAVINDERPAL SINGH BHULLAR - THIS IS THE JUSTICE INDIA GIVES TO US?! BHAI BALKAR SINGH WAS PEACEFULLY PROTESTING AGAINST THE HINDUTVA BACKED RAM RAHIM CHOOTA SAUDA CULT HE WAS SHOT BY THE CULTISTS WHO HAVE NO GOT AWAY WITH ANOTHER MURDER OF A SIKH!