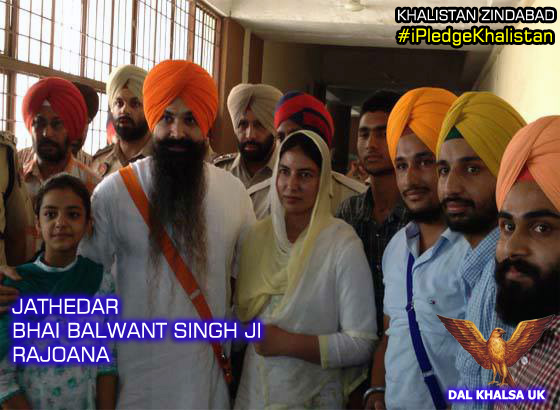 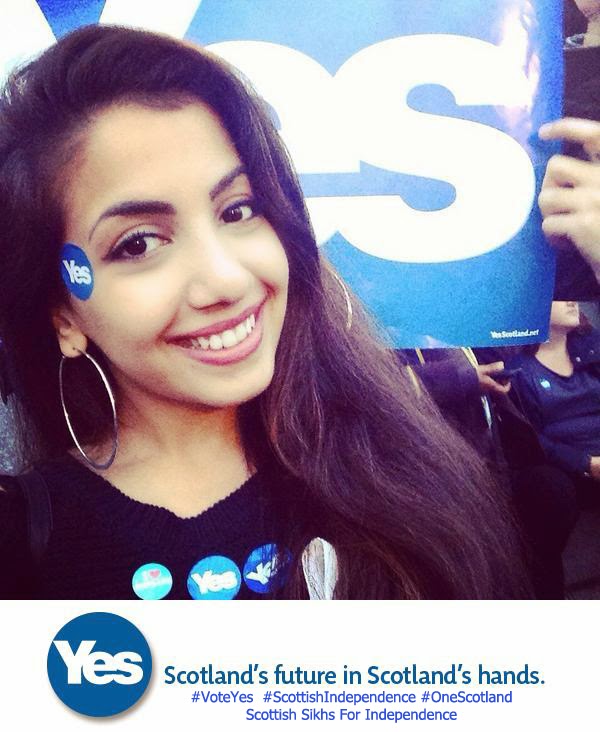 Appeal to #ScottishSikhs to #VoteYes in the #ScottishReferendum your destiny is in your hands.Learn from Sikh History and how Sikhs have always been at the forefront of freedom movements & declare #Freedom in the land you live in #OneScotland, #ScottishIndependence..Scottish Sikh Youth need to persuade their Parents to also #VoteYes and to give up the old ways which have held Scotland back,be proud of the land you live & work in and stand up for it.When it comes to the Sikh Nation we have never been good at grabbing the chance for freedom with both hands,we hope our counterparts in Scotland will take this chance with both hands and not repeat the mistakes our leaders made with Panjab the Sikh Homeland in the past,to make a brighter future for themselves and the land in which they live in! May this movement inspire Panjab for it's own Freedom! #IndyRef

Amritsar, Punjab: In the backdrop of Scotland going for referendum on Thursday, the Dal Khalsa said it displays the political maturity of the UK in allowing Scottish people to have its say in shaping their destiny.
Party head H S Dhami and spokesperson Kanwar Pal Singh in a statement said like Canada that granted people of the Quebec province twice the right to self-determination, the UK with heavy heart has allowed Scot people to go for referendum thus showing to the world the level of maturity its democracy has reached. They asserted that in principle, Sikhs support movements for Sovereignty irrespective of place, religion and race. [File Photo used for representational purpose]
Dal Khalsa, which has good number of sympathizers and supporters in UK and Europe said without firing a single bullet a new nation could be born on September 18th in case the majority of the people there wishes so.

Praising the UK for setting healthy democratic precedent, they said on one hand UK has allowed the people of Scotland to exercise their right through referendum while on other side the leadership was appealing to the same people not to tear apart the UK family (nation).

Comparing the mindset and attitude of the Indian leadership with UK, they said Indian state has always crushed and suppressed all legitimate struggles for right to self determination with its sheer militarily might. They rue that Indian state has always tried to find military solution to various political problems. They urged the Indian Prime Minister Narendar Modi to take cue from governments of Canada and UK and allow the people of Punjab, Kashmir and Nagaland to exercise their right to self determination without spilling bloodshed of struggling peoples.

They informed the media about their representative talking with some Scottish Sikhs who are taking active part in the referendum campiagn. They said one of the activists Charandeep Singh has apprised us that “majority of the Sikhs support YES vote and that is the beauty of the system we are living under”, claimed Kanwar Pal Singh.