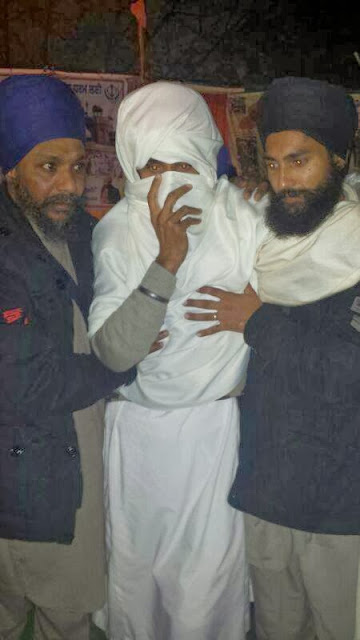 BHAI GURBAKSH SINGH JI IS ON OXYGEN...THE WEATHER IS BAD IN PANJAB RIGHT NOW...EARLIER IN THE WEEK THE SGPC DID NOT ALLOW THE SIDE OF THE TENT TO HAVE A COVER. 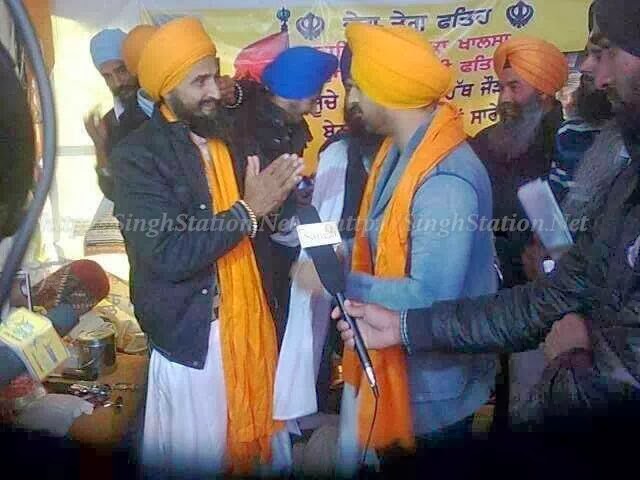 Bhai Lal Singh Akalgarh Not To Be Released

IN OUR EARLIER STATUS WE WARNED REPORTS OF RELEASE OF BHAI LAL SINGH AKALGARH MAY BE A GAME...TURNS OUT WE WERE RIGHT : Clearing the rumors --
Bhai Laal Singh is NOT being released permanently as is being claimed. He is just coming out on PAROLE like he comes every year for a few days, from last 22-23 years.
''RELEASE'' of Bhai Laal Singh Akalgarh is ENTIRELY in hands of Narendra Modi, CM of Gujarat.
COURTS said back in 2011 that Laal Singh MUST be released. Now decision is with Gujarat Govt from last 2 Years.

PLEASE STAY FOCUSED.
Bhai Gurbaksh Singh Ji's words -- Until ALL 6 Singhs are RELEASED FROM JAIL (Not on Parole), Morcha will continue. Either Singhs will be released or I will say Final Fateh. 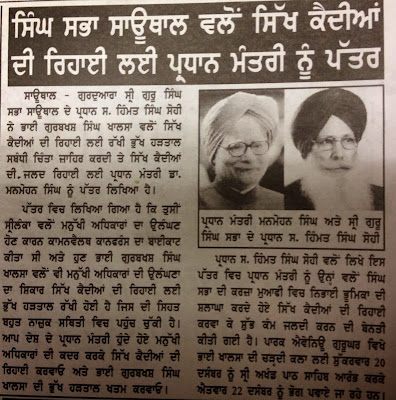 Respected Sir:
As Gurbaksh Singh steadfastly maintains his grit and determination despite falling health and as his hunger strike completes 33 days, the Indian state merely continues to monitor his health and seems to be waiting in the wings to either let him die or to whisk him away to force-feed him as they did some days back. The government of Punjab continues to pay lip service and express sympathy without waking up from deep slumber. It is a classic case of lethargic executive insomnia and nonchalance.
The central government in Delhi and the Punjab government has not addressed the case of the 6 detainees whose release is sought by Gurbaksh Singh through his hunger strike. Therefore it is time for Amnesty International to intervene and intervene without delay.

It is significant to mention that upon his recent release on bail from prison, Gurbaksh Singh took cudgels on behalf of those detained in prisons for a long time and wrote to the administrator of Chandigarh on August 19 seeking release and mentioning that such long term serving prisoners be released or else he would be forced to sit on a hunger strike. Subsequently another memorandum was submitted by various Sikh organizations saying the same, but the Chandigarh administration who administers the Burail jail chose to remain silent.
Gurbaksh Singh said that it was the unconcerned behavior of the governments that forced him to take this “extreme step in a democratic setup”. Currently, Gurbaksh Singh is fasting unto death since November 14, 2013 at Gurdwara Amb Sahib, Mohali, near Chandigarh seeking the release of 6 Sikh prisoners who have not been released despite serving full term.

In this depressing and disgusting scenario, through this letter Dal Khalsa is knocking the doors of Amnesty International urging it to immediately initiate a world-wide campaign not only for the release of the 6 detainees whose details are attached to this appeal but also to save the life of human rights defender Bhai Gurbaksh Singh whose health is deteriorating by the hour.

As documented by Amnesty International and various other international and national human rights bodies, Indian laws regarding release of indeterminate sentence prisoners are open to free executive interpretation, prevarication and whims and fancies of the home ministry of the government of India. It is not the completion of the sentence but the assessment of some secret arm of the state which decides release of prisoners sentenced to life imprisonment. Even parole is discriminatory and subjective. High profile prisoners like Sanjay Dutt may get parole and rightly so but others are invariably less fortunate as they do not have glamour attached to them, they do not get services of highly paid lawyers and get less media attention, and therefore languish in jails without a murmur from any quarter.

The continued detention of 6 prisoners, whose details are attached to this letter, not only violates the principle of equality enshrined in the Indian constitution but is also a clear violation of the UN Declaration of Human Rights. We have reason to believe that in case of these prisoners, they being Sikh activists who were fighters for the cause of self-determination of the Sikhs in the early eighties and nineties of the last century is the chief cause for their continued incarceration. India follows a policy of hatred and vendetta against such Sikh prisoners though we are conscious that there are a large number of such prisoners in many other parts of the country.

Justice Paramjeet Singh of Punjab and Haryana High Court while pronouncing judgment in the case of Lal Singh and Major Singh observed that,
“[t]he lifelong imprisonment pays a little regard to human right and human dignity. Life imprisonment must be reviewed after certain intervals say 14 years as per the […] Jail Rules as applicable in the State [...], otherwise indeterminate imprisonment will be cruel and unusual punishment.”

He further noted in his decision that,
“[i]rreducible life sentence raises an issue under the Universal Declaration of Human Rights, whereof Article 5 says, “No one shall be subjected to torture or to cruel, inhuman or degrading treatment or punishment”.
Justice Paramjeet Singh emphasized that
“[t]he essential core of the humanity is that everyone is redeemable. Indeterminate imprisonment removes any prospect of reward for change and is therefore, fundamentally inhumane.”
In his remarkable judgment pronounced on 23 August 2012, which has come as a fresh lease of internationalism in India, the judge continued,

“In real sense to my mind, never going to be released is equivalent to worse sanction than death sentence. So, it can be termed as cruel, barbaric, inhumane and against human dignity. Whole of the natural life imprisonment means nothing in life to a prisoner. It means he will die in prison. Such a punishment is untenable in a civilised society. To make the prisoner realise that world no longer exists for him, he is no longer a part of it, will certainly lead to inhumane living and against the principles of Article 21 of the Constitution, such action is not sustainable to my mind.”
Even in the case of Gurmeet Singh, Lakhwinder Singh and Shamsher Singh, among other things, Additional Sessions Judge, CBI court, Justice Ravi Kumar Sondhi in his judgment, has said,

“….their act and conduct coupled with their roles forces this court to say that at least these three convicts can be reformed and rehabilitated as a responsible citizen of India.”

We write to you with the hope that as the world prepares to usher in the New Year, may be the central government of India and the state government of Punjab would listen to you and initiate steps to release these prisoners on humanitarian grounds –a practice which is otherwise followed regularly but easily forgotten on political grounds.

When asked to explain his stand, human rights defender Bhai Gurbaksh Singh said, “Asin Jabar Da Mukabla Sabar Naal Karange” (We will respond to state terrorism with determined peace). We are now waiting for Amnesty International to respond to this wake-up call before it is too late.
We will be glad to furnish any further information that you may desire.

WE SALUTE BHAI SAHIB & THE THOUSANDS OF OUR SIKH FOREFATHERS WHO FOUGHT TO LIBERATE GREAT BRITAIN EUROPE & THE WORLD IN BOTH WORLD WARS..

A "proud" former Sikh soldier who fought for the British Army in Burma, Malaya and Singapore – and took tea with Lord Mountbatten – has died, aged 98.

Bur Singh Johal's family said he was "charismatic and charming" – becoming heavily involved in Derby's Sikh community and supporting the county's Poppy Appeal efforts each year.
Originally from the Punjab, Mr Johal, of Goodale Street, Normanton, joined the British Army in 1933 and fought from 1939 to the end of the Second World War, first in Burma and then in Singapore and Malaya.
He went back to India in 1947 to tend his land in the Punjab and then becoming a driver for the Punjab Government.

Mr Johal's son, Charanjit Singh Johal, 59, said his father met Lord Mountbatten while in Burma.
He said: "He was very, very proud of being in the British Army and would often show people his medals.
"He had a cup of tea with Lord Mountbatten in Burma, who told my father he was very brave."
As an ex-serviceman, Mr Johal gained an employment voucher which enabled him to move to England with his family in 1964 and settle in Derby.

He became heavily involved with the city's Sikh community and was a foundry worker at Qualcast. He always attended the remembrance day services in Derby's Market Place and supported the Royal British Legion.

Charanjit's twin brother, Amarjit Singh Johal, said: "My father was very charismatic and charming, he would talk to anyone and was very witty. He would light up the room."

Amarjit said his father was very proud to be living in Britain and made sure he voted in every election. He said: "He was very business-minded and worked hard in whatever he did."
Charanjit said his father had taught him many things. He said: "He had a good life, he saw all of his children grow up and married all his children off himself."
Mr Singh was married to wife Gurdial, who died five years ago, for more than 60 years and wore his wedding ring until the day he died.

Amarjit said: "She was a very strong woman and he absolutely adored her."
Charanjit said: "We will miss him and his memory will live on forever in the hearts he touched.
"He was an excellent role model and taught his children and grandchildren very important lessons in life and which we will cherish and live on in his honour."

Mr Singh's funeral is on Friday. His family are meeting in Goodall Street at 10am, followed by a service at Markeaton Crematorium. Call Derby 349994 for more details.
Members of the Royal British Legion will also be attending the funeral.
He also leaves two daughters, Kulwant Kaur Sanghera and Charan Kaur Lidher, as well as daughters-in-law Gurdev Kaur Johal and Rattan Kaur Johal and sons-in-law Tarlock Singh Sanghera and Avtar Singh Lidher. 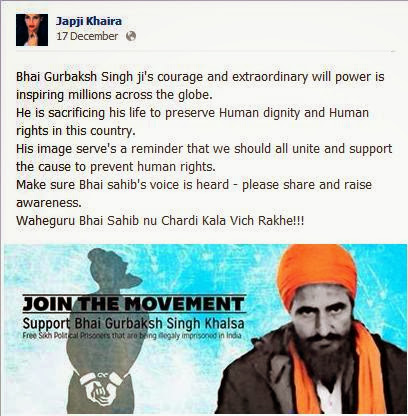 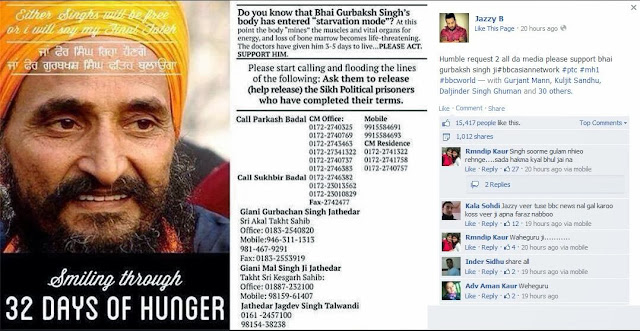 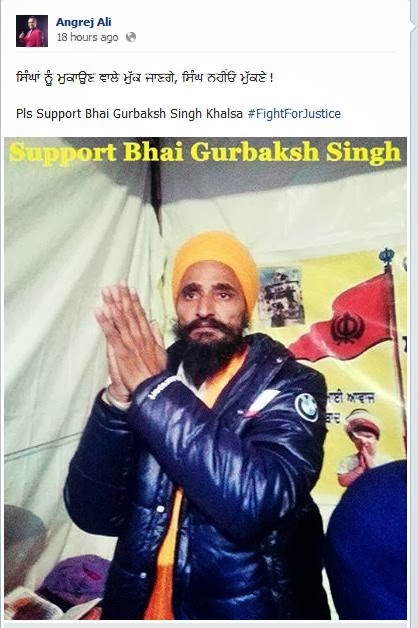 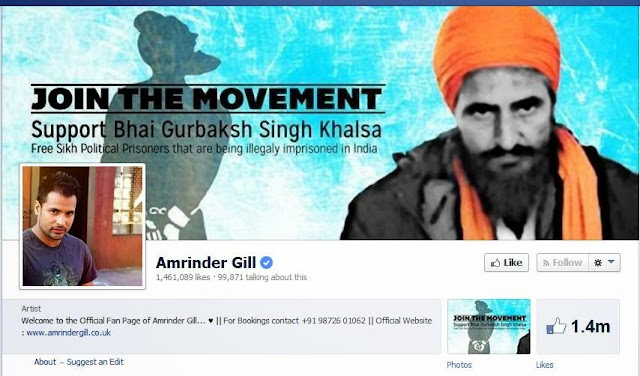 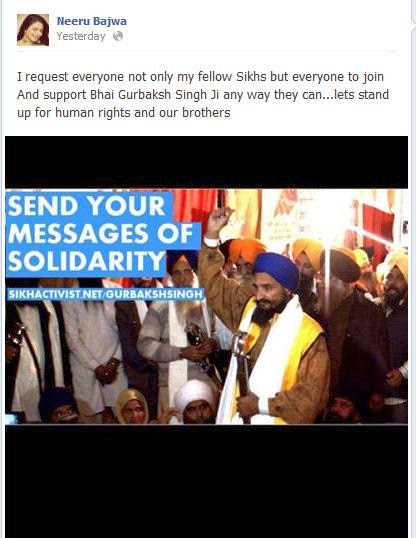 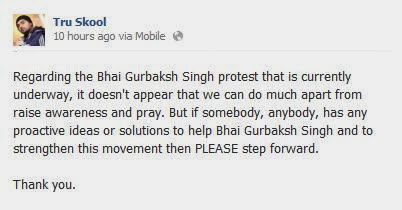 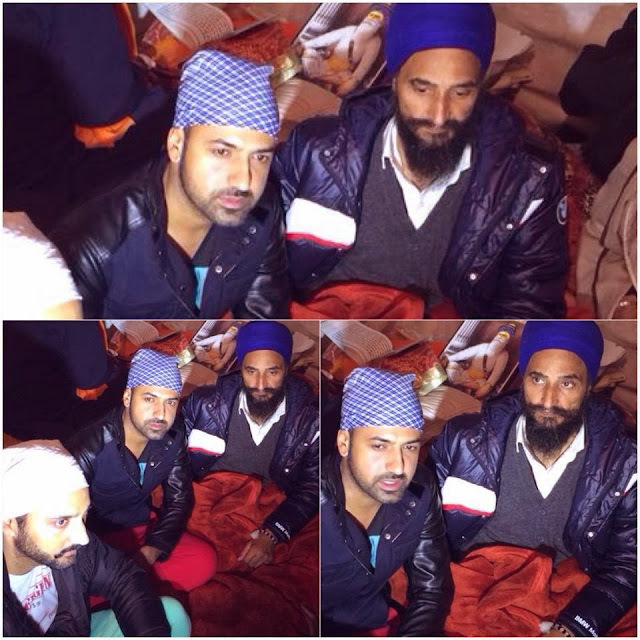 GET A CALLING CARD & KEEP CALLING ALL THESE NUMBERS IF NO ONE PICKS UP KEEP LEAVING MESSAGES - APPLY PRESSURE NOW!