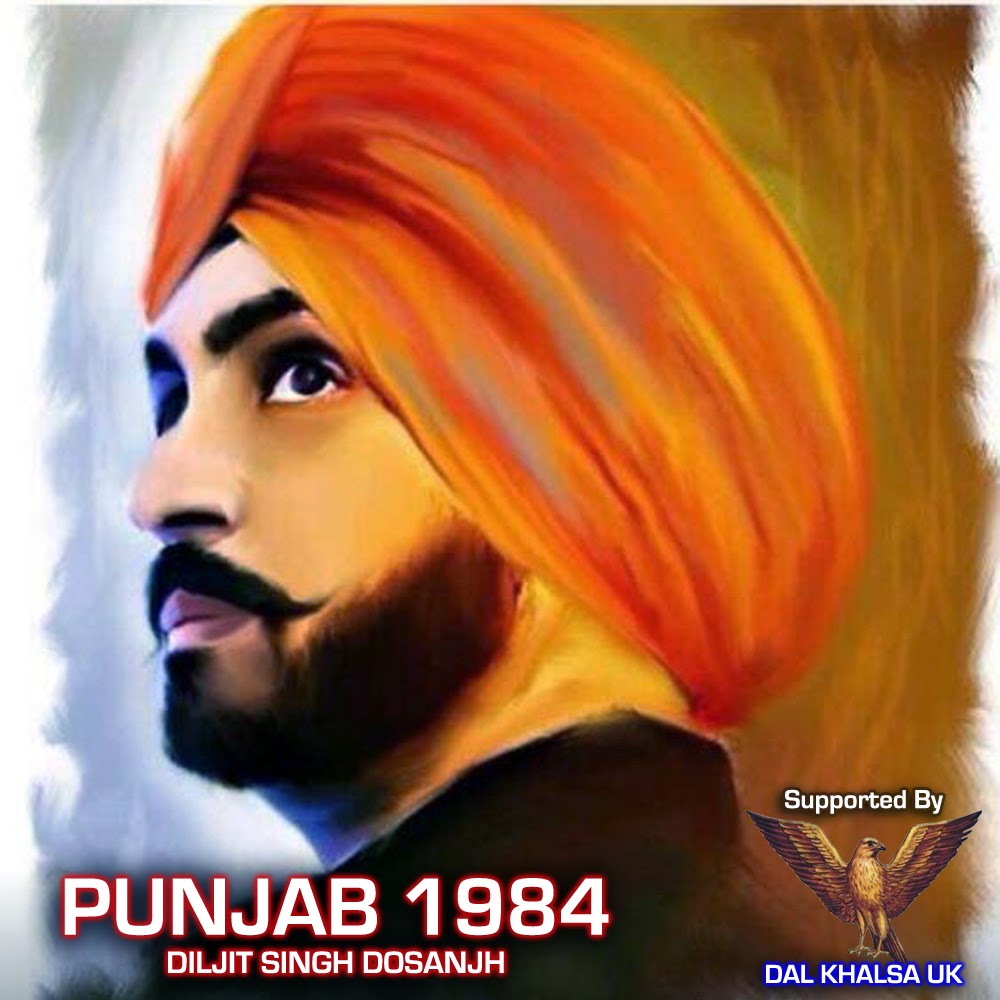 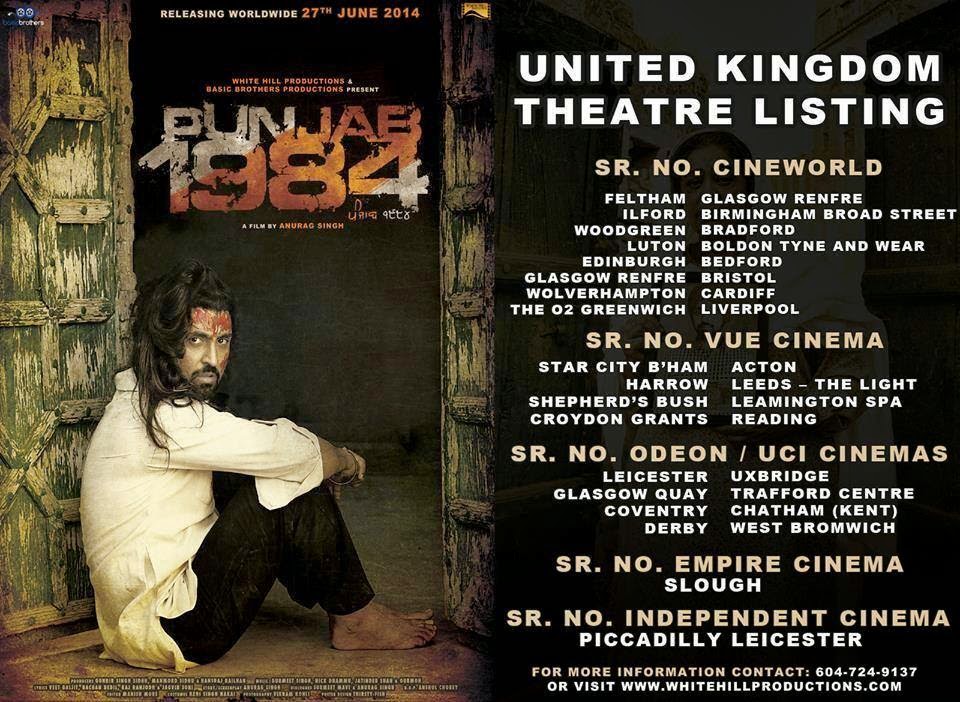 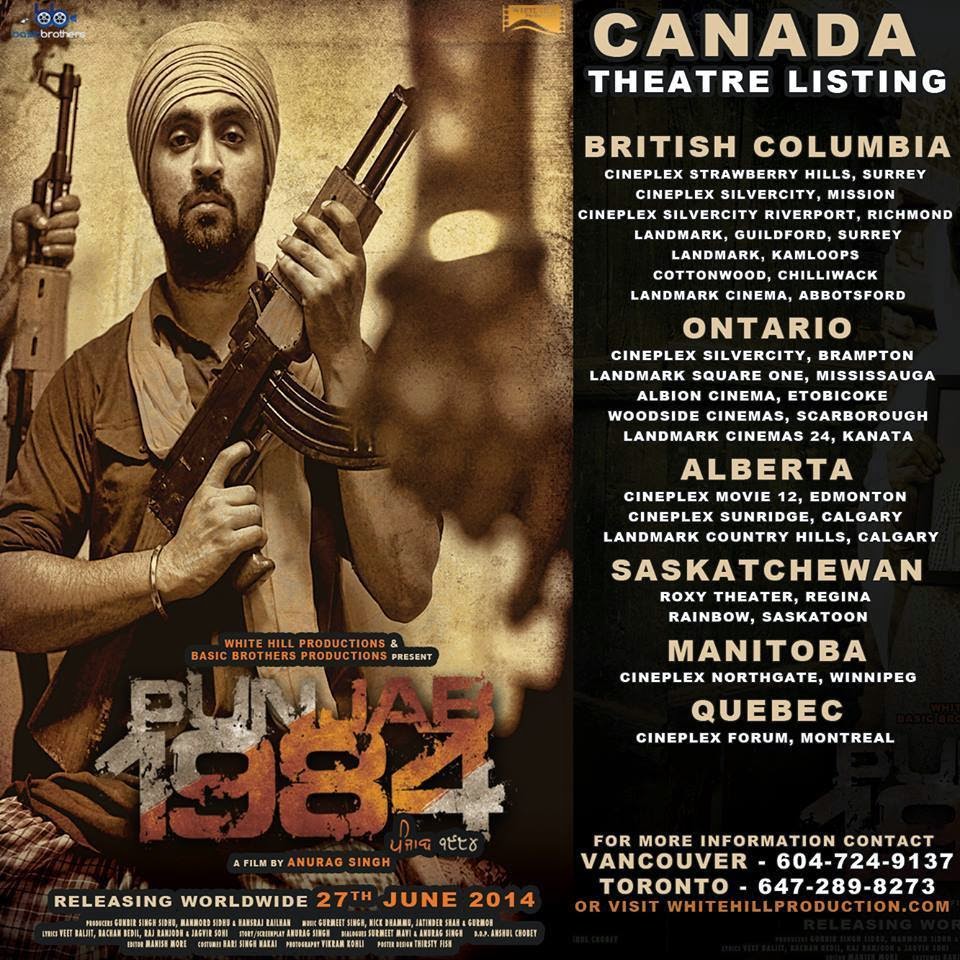 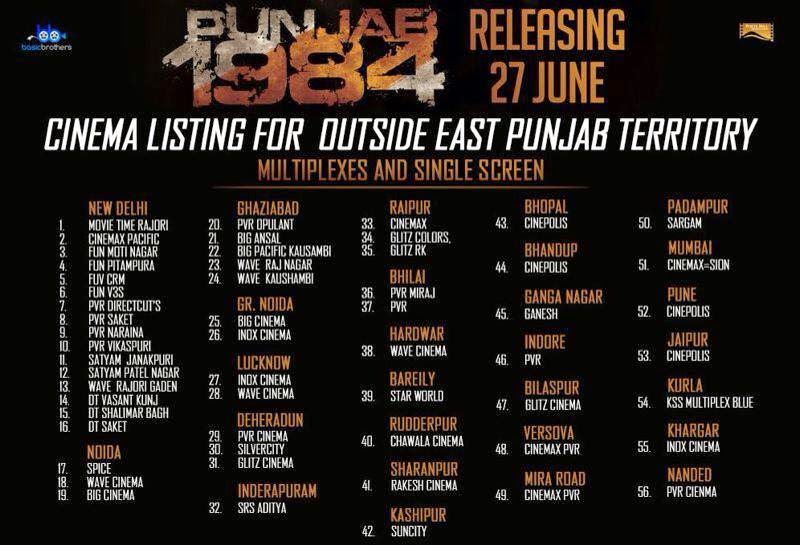 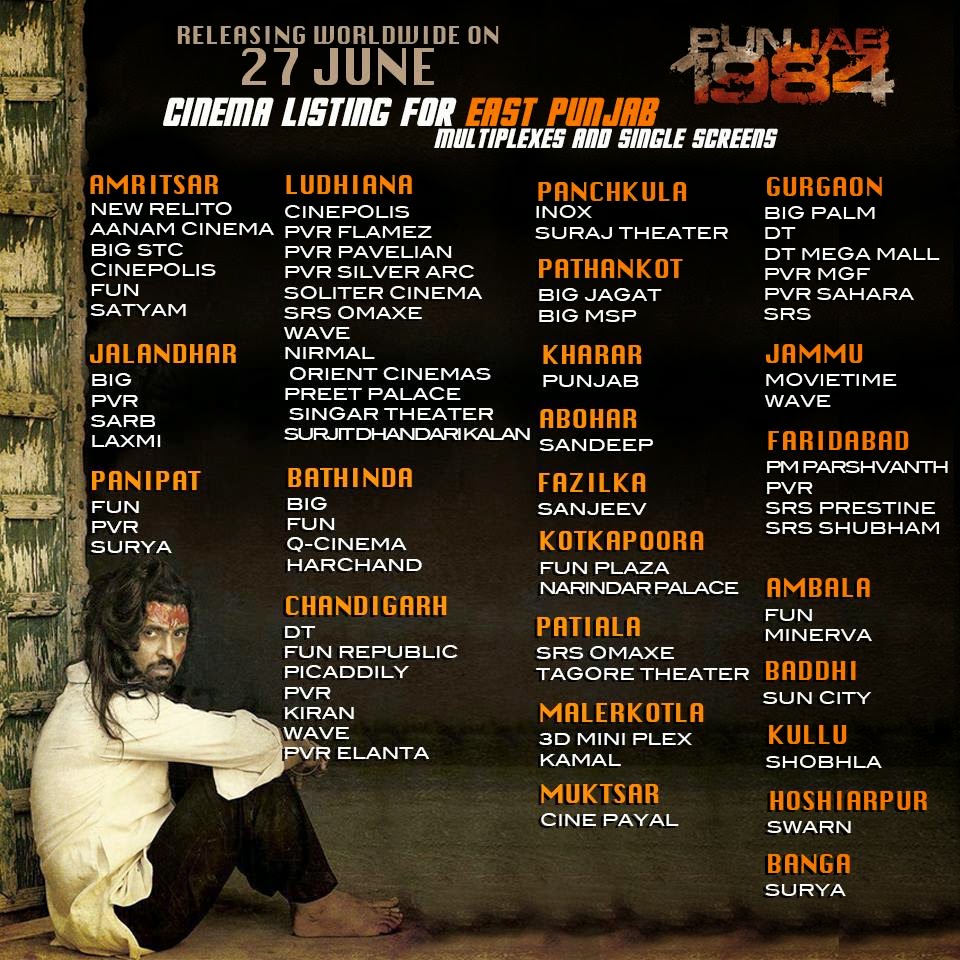 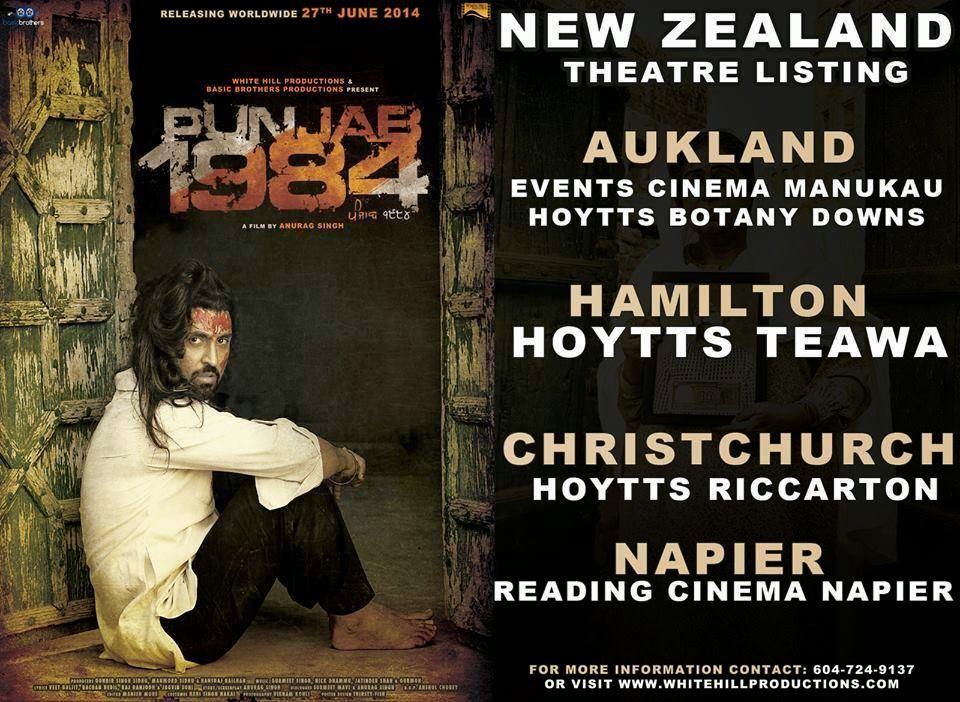 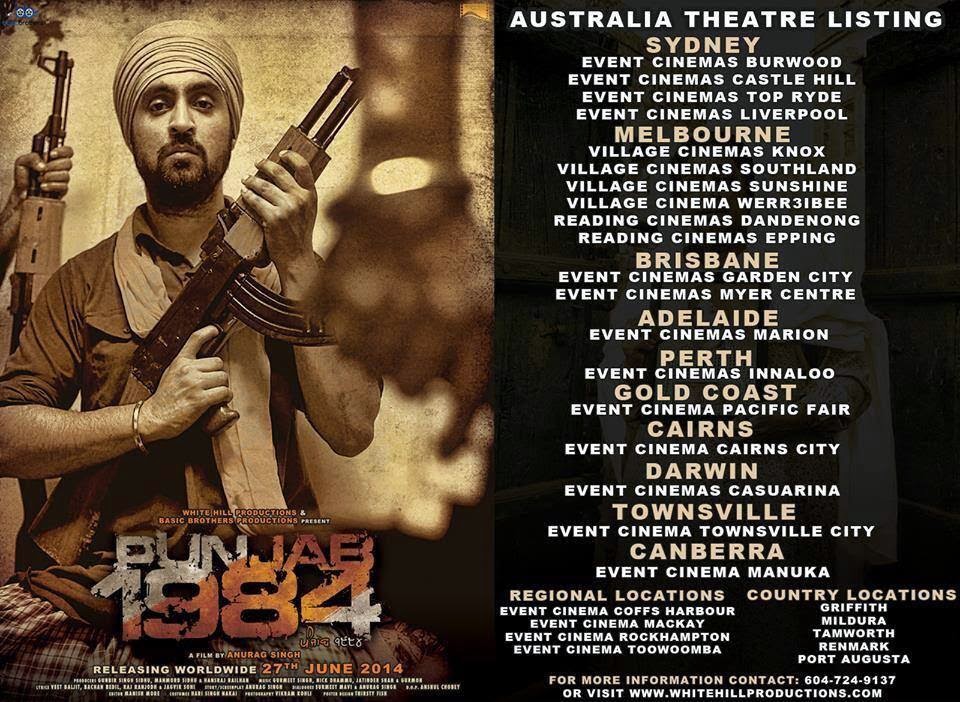 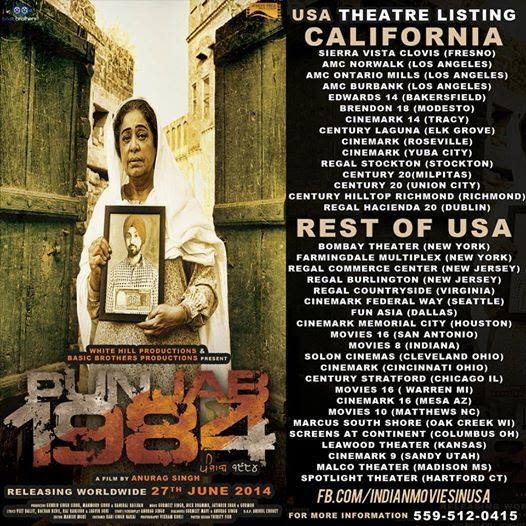 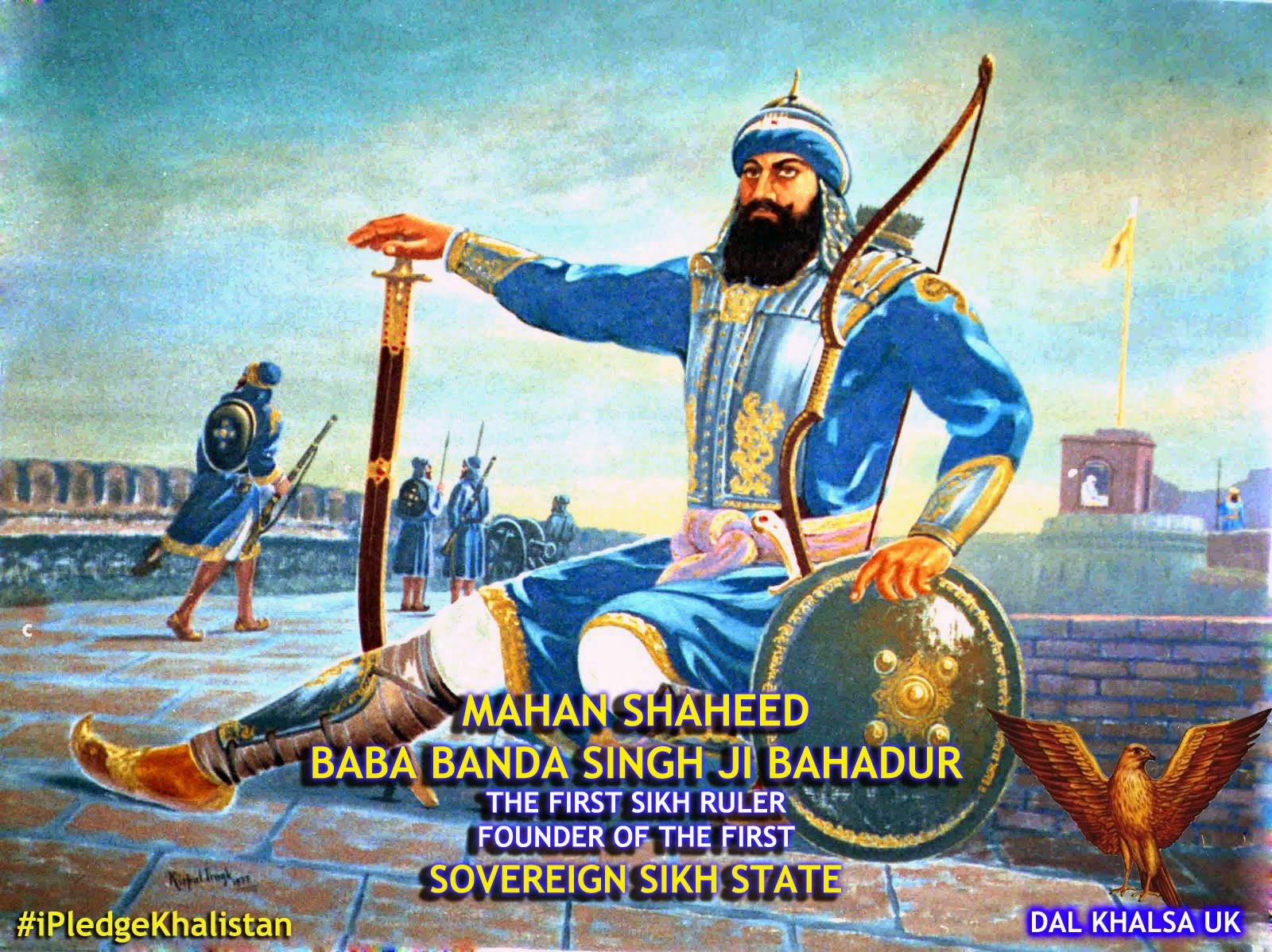 WE SALUTE SHAHEED BABA BANDA SINGH JI BAHADUR ON HIS SHAHEEDI ( MARTYRDOM ) DAY THE 1ST SIKH RULER TO ESTABLISH SOVEREIGN SIKH RULE IN PANJAB ONE OF THE GREATEST SIKH WARRIORS EVER KNOWN..HE WAS EXECUTED BY THE TYRANT MOUGHALS FOR REFUSING TO CONVERT...HINDU BHAMAN TYRANTS SUCH RAJ KAUL SON OF GANGU BHAMAN DIRECT RELATIVE OF NEHRU & INDIRA GANDHI WITH THE MOUGHALS ATTACKED THE SIKH FORCES CAPTURED BABA BANDA SINGH BAHADUR KILLED HIS SON PUT HIS SONS HEART IN HIS MOUTH THEN EXECUTED HIM THROUGH TORTURE....SHAHEED BABA BANDA SINGH BAHADUR'S BATTLE FOR FREEDOM IS AS RELEVANT AS EVER...IT IS NOW! RAJ KAUL INDIRA GANDHIS DIRECT BLOOD RELATIVE SON OF GANGU BHAMAN...THE EVIL OF THIS FAMILY WAS ONCE AGAIN SEEN IN 1984...THIS TIME SHAHEED SANT JARNAIL SINGH JI KHALSA BHINDRANWALE WAS THE WARRIOR...THE ROOTS OF KHALISTAN WERE LAID BY SHAHEED BABA BANDA SINGH BAHADUR...NOW WE WILL RECLAIM IT - KHALISTAN ZINDABAD!

**MUST LISTEN** This Song Is The Voice Of Those Countless Mothers Who's Son's Have Never Come Home Since 1984......Diljit Singh Dosanjh Has Sung This Track With RAW EMOTION... #Punjab1984 #iPledgeKhalistan

Amritsar, Punjab (June 23, 2014): Dal Khalsa patron Gajinder Singh has backed the proposal of Pakistan Sikh Gurdwara Parbandhak Committee (PSGPC) to organize Sikh Conclave at Nanakana Sahib in Nov to deliberate on the issue of Nanakshahi calendar and other distinct identity related burning issues.
In a statement e-mail to the media here today, he took exception over the statement of Jathedar Akal Takht Gaini Gurbachan Singh that PSGPC has no right to call Sarbat Khalsa and that only SGPC has authority to convene it. He said Sarbat Khalsa was historical phenomena and tradition that date back to Misl period much prior to SGPC came into being. Contesting Jathedar’s viewpoint, he said SGPC has never convened the Sarbat Khalsa nor it was a final authority on Sikh nation. He said post-blue star operation pro-freedom groups attempted to revive this tradition when SGPC failed to live up to the expectations of the community.
He said a Sikh Conclave must be organized at Nanakana Sahib in the coming Nov to discuss and debate and build consensus on Nanakshahi calendar as the arbitrary amendments made by SGPC in 2010 have vertically divided the community world over. He said it does not make much difference whether the conclave would be called Sarbat Khalsa or World Sikh Convention.

Notably, the SGPC has convened a World Sikh Convention in 1995 at Golden Temple under the leadership of Jathedar Gurcharan Singh Tohra to discuss and debate wide ranging issues pertaining to Sikh Panth.
Hardliner leader Gajinder Singh is of the view that pro-Khalistan groups that have been proscribed under Indian laws can’t take part in any conclave held in Amritsar. Whereas SGPC, DSGMC, various Akali Dal factions can take part in the conclave to be held at Nanakana Sahib. He said participation of both the streams of the community is required to build the consensus.

Moreover, Nanakana Sahib is no less sacred and holy place for the Sikhs.
He said the role of the Akal Takht jathedar should be without prejudice. “Jathedar should take the community in confidence before taking final call on the issue that has lasting effect on the entire community. He said it’s ironic that Jathedar Akal Takht was fast loosing the trust of the community because of his partisan approach.

He said the PSGPC was providing platform to both the sides and urged the SGPC not to create unnecessary hurdles in organizing the proposed conclave in Nov, and instead play the role of Big Brother and resolve contentious issues once for all. He said after the demise of late Jathedar Gurcharan Singh Tohra the SGPC has lost its credibility and independent authority. “Ironically, the present leadership is good for nothing”, said he.