Dal Khalsa warns that anti-Christian violence in Orissa was preplanned and more is on its way. 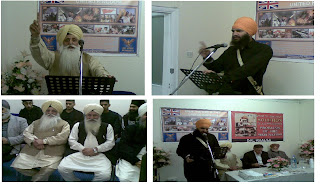 Dal Khalsa warns that anti-Christian violence in Orissa was preplanned and more is on its way.

The violence began on Christmas Eve, with an attack on a Catholic church in Brahmani village, and continued until January 2. Christian leaders told the National Human Rights Commission that

Before the series of attacks warning signs were their that tensions were cerated between the Christian and Hindu deliberately by the sang parivar family of Hindu terrorist organization.Christians and Sikh leaders had warned about this before. Below is an statement from SIMRANJIT SINGH MANN leader SAD (A) the main Sikh political party. 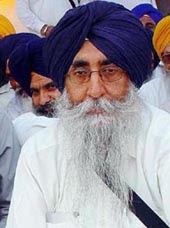 On Christmas Eve, violence broke out against Christians in the Kandhamal district of the eastern Indian state of Orissa, which has become well known for poor governance and class tensions. Hindu fundamentalist groups led by the Vishva Hindu Parishad (VHP, the World Hindu Council) have attacked Christians and their institutions at will in rural areas.

VHP, the World Hindu Council claims that reasons for the violence were following:

Bajrang Dal and Shiv sena claims that reasons for the violence were following: 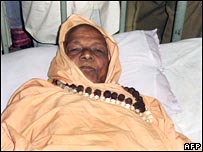 Members of the Hindu Terrorists group Vishwa Hindu Parishad (VHP) said Christians sparked the violence by attacking one of their leaders, Swami Laxamananda Saraswati,and state was sealed by police and military to stop violence.

But Christians deny the claims and accuse the Hindus of objecting to them celebrating Christmas.
The BBC's Tinku Ray in Delhi says the issue of conversions is very sensitive in India, where several states have laws that forbid or make it difficult to convert.

Real reason Hindu terrorists organization want nothing less then a 100% Hindu nation assimilation and killing is part of their plan.we call all communities to rise up to this fanaticism.

This is from the RSS's own site in which they out line their plan for the future.

This is not an R.S.S. invention. It has been there for centuries. This is recognized also by our constitution. Explanation II given under Article 25 says, "In sub-clause (b) of clause (2) the reference to Hindus shall be construed as including a reference to persons professing the Sikh, Jain or Buddhist religion, and the reference to Hindu religious institutions shall be construed accordingly." It should be noted that the Hindu Code Bill, though it contains the word 'Hindu', is applicable to Sikhs, Jains and Buddhists. We desire that it should be applicable to all,