We pay homage to Mahan Shaheed Bhai Jaswant Singh Ji Khalra who on this day in 1995 was adbucted tortured & killed by the Hindutva Police in Panjab.Bhai Sahib exposed the Sikh Genocide through his extensive investigations & campaigns,he exposed the killings hundreds of thousands of Sikhs & in the end became a victim of THE VERY GENOCIDE HE WAS EXPOSING! Waheguru...

Biggest irony: Murderer of Sikhs is vice-president of “Sikh party” Party head Bhai Harcharanjit Singh Dhami said the mainstream parties have become safe haven for perpetrators of human rights violations. Notably, the SAD has appointed former DGP (Prisons) as one of its vice-president.

It was very unfortunate that the people whose hands are drenched with the blood of innocent Sikhs are being accommodated in the party that claims to be representing the aspirations of Panth.
“This is a biggest irony. The person who has killed thousands of innocent Sikhs or left hundreds physically impaired through its renegade brigade commonly known as “Alam Sena” is vice-president of the Akali Dal”.
He said they would expose all those perpetrators of violence, most of whom have joined mainstream parties like Akali Dal, Congress and BJP.

Party spokesperson Kanwar Pal Singh asserted that since the SAD’s Panthic mask is off, it was high time for Sukhbir Singh Badal to also induct the infamous cop KPS Gill in the party hierarchy, who’s so-called contribution to suppress the Sikh struggle has been lauded by its alliance partner BJP not once but many times.

The Alam Sena was a group of Officers & Criminal Police Cats under the command of the Genocidal Izhar Alam who murdered and ethnically cleansed thousands of Sikh youths across the Panjab.

The organization has asked her not to surpass the limits nor offend the sentiments of the Sikhs.
Taking the BJP leader’s name calling the Sikh martyrs as provocative and ridiculous, the Dal Khalsa head H S Dhami said right from 1984 this lady has always love to be on the wrong side of the Sikh community.

The freedom to express one’s views doesn’t give her the freedom to use abusive language against Sikh way and tradition to honour their martyrs. Quoting world famous phrase that one man’s terrorist is another man’s freedom fighter, he said if the BJP, Congress or any pro-Indian party considers Beant Singh-Satwant Singh, Bhai Jinda-Sukha and Dilawar Singh as “terrorist” it’s their “perception”. With regard to Sikhs, he said, they all are heroes as they have been declared martyrs by Akal Takht. Without mincing words, he said “to whom Sikhs consider their traitors, they are your (read likes of Laxmi Kanta) heroes”.

“In the eyes of Sikhs, Indira Gandhi, Rajiv Gandhi, PV Narsima Rao, Gen Vadiya, Gen KS Brar, KPS Gill, Beant Singh falls in the category of ‘terrorists’ as they all engineered the mass killings of Sikhs in one way or the other though at different times”, said Dal Khalsa leader.

He slammed BJP leadership for their communal streak and sectarian agenda. He rubbishes the bogus claims of Laxmi Kanta that films or functions to pay tributes to martyrs would disturb peace and harmony.
He asserted that the peace and harmony could be in danger with the utterances of RSS and BJP leaders who are hell bent to radicalize the political atmosphere to consolidate Hindu vote-bank.

The Dal Khalsa leader said that it was the Hindutva brand of politics practised by a “lunatic Brahaminical minority” (likes of Laxmi Kanta) which compelled minorities to take extreme steps.
He criticised the Akali leadership for striking an alliance with Hindutva forces. He said that it was the father-son duo (read Badals) that allowed the RSS and the BJP to have a field day in Punjab.

Amritsar, Punjab (August 31, 2014): In an attempt to demarcate the religious boundaries between Sikhs and Hindus, the Dal Khalsa has called upon the Sikhs to shun Brahmanical rituals and oppose the RSS attempts to brand Sikhs as Hindus “in a befitting manner”.

The recent statement of RSS chief has heightened the tension between Sikhs and the RSS. The RSS attempt to suggest a different way of looking at the question of Sikh identity has aroused virulent opposition. To counter the claim that Sikhism is the sword arm of Hinduism, the hardliners led by the Dal Khalsa held a seminar on Sunday at its party head office. The speaker’s warned that utterances and actions of the RSS will radicalize the atmosphere even more.

Commenting on the RSS agenda for the “Hindu rashtra”, Dal Khalsa spokesperson Kanwar Pal Singh categorically stated that though the RSS was free to create “Hindu rashtra”, but one thing was clear that Punjab would not be its part. In response to RSS’s cultural attack, he said the sectarian lines between Indian and non-Indians must be drawn. We are clear that Sikhs are on the other side.

He criticised the Akali leadership for striking an alliance with Hindutva forces. He said that it was the Sikh leadership that allowed the RSS and the BJP to have a field day in Punjab. He said that the tenth Guru sacrificed his sons for the sake of the panth but today’s leaders were sacrificing panthic interests for the future of their sons.

He said that “the Congress harmed Sikhs physically by getting hundreds of them killed, but the BJP was hitting at the roots and foundations of the Sikh religion”. He lambasted the RSS for interfering in the internal affairs of Sikhs.

The Dal Khalsa leader said that it was the Hindutva brand of politics practised by a “lunatic Brahaminical minority” which compelled them to take extreme steps.

The speakers were of the view that the success of the BJP in Indian polls had emboldened the RSS to rekindle the Hindutva agenda in other parts of the India.
Prof Jagmohan Singh, a human rights activist delivered speech on the role of youth in shaping the present and future of the community.

The gathering passed a resolution stating that Sikhs are a separate religion. Sikhs have distinct identity. Sikhs are not Hindus. Punjab rightfully belongs to Sikhs”.

In a scathing attack on the Union government, he said the state is in a denial mood to recognize and resolve the Punjab problem. 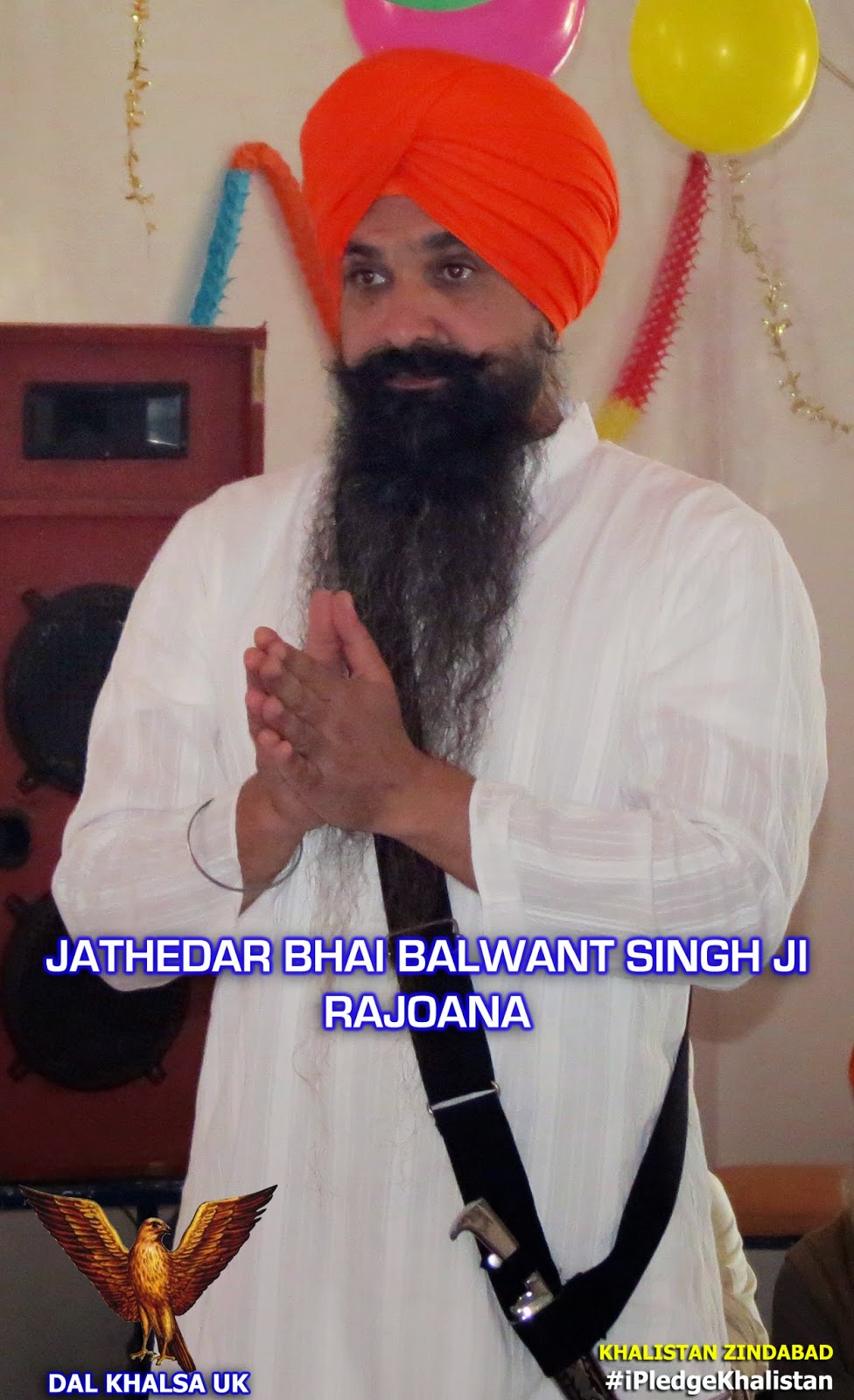 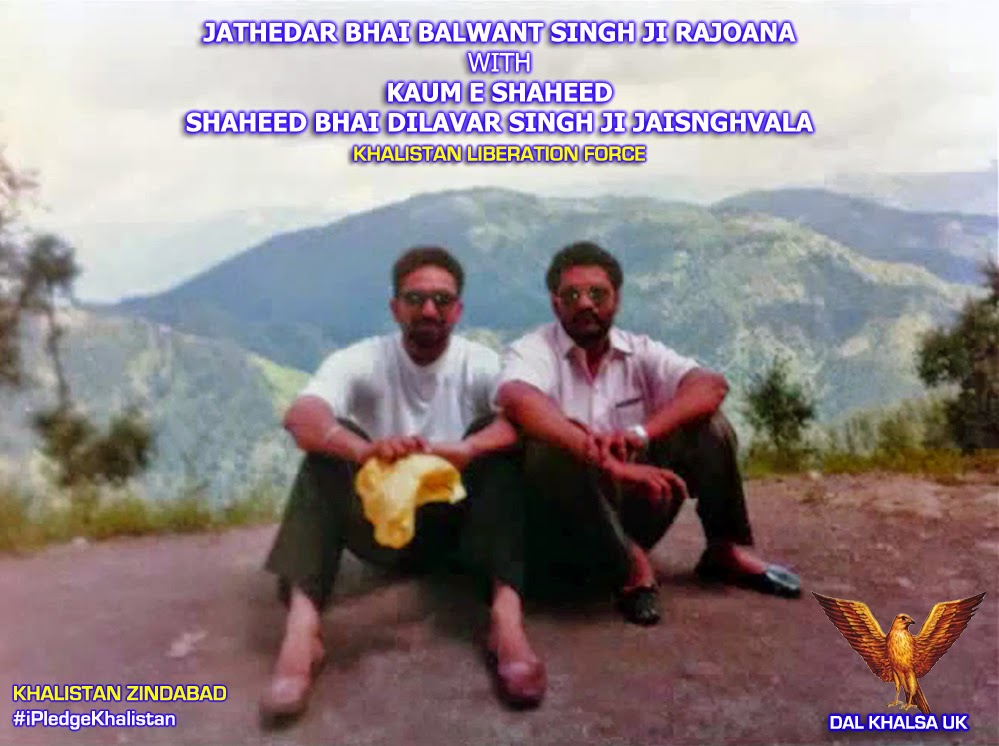