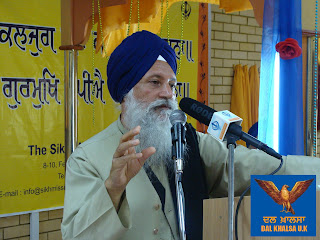 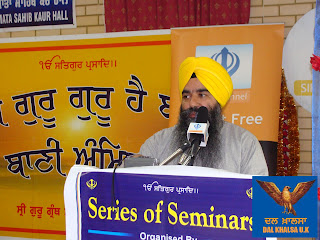 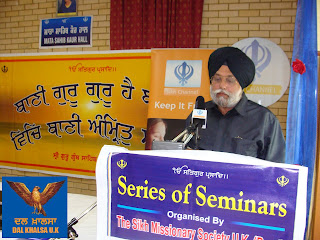 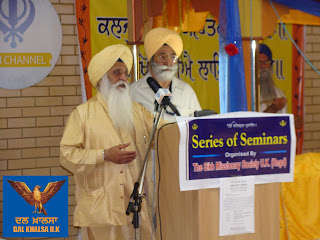 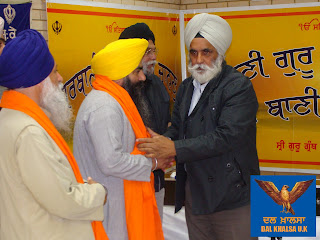 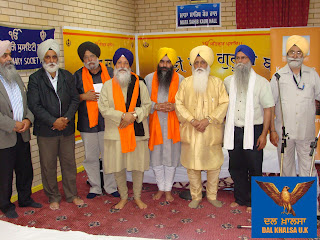 
The Indian Hindutva State through a Delhi Court has issued non-bailable warrants against 5 founding Members of Dal Khalsa International in relation to the Hijacking of the Indian Airlines plane in 1981.The plane was hijacked by Bhai Gajinder Singh, Bhai Tejender Pal Singh, Bhai Satnam Singh,  Bhai Karan Singh  and Bhai Jasbir Singh in protest against the arrest of Mahan Shaheed Sant Jarnail Singh Ji Khalsa Bhindranwale alongside the gross violation of Sikh Human Rights,Burning of Saroops Of Sri Guru Granth Sahib Ji & Continuous attacks on the Sikh Faith by the Indian Hindutva State then led by the Tyrannical Indira Gandhi.

No passengers were harmed on the flight,passengers went on television to praise how    friendly the 5 Singhs were when they took the plane to Pakistan.All 5 of these Members have served more than enough time in Jails in Pakistan & India,there is no reason for the Hindutva Indian Judicial System to issue Warrants against these 5 Sikhs.

The only thing we can see with this unusual action is that the Hindutva State need something to focus their attention on with the hanging of Jathedar Bhai Balwant Singh Ji Rajoana being stayed for the time being & the cases of Bhai Jagtar Singh Hawara being finished off.

Thus they have now issued these warrants to harass these members of Dal Khalsa International who spoke up for Human Rights then and still speak up now.This is being done in order to silence the voices of Freedom it makes no sense that 30 years later after sentences have been served they now issue new arrest warrants against the Dal Khalsa members.We condemn this action by the Hindutva Indian State in the strongest terms,it's at time like this when India's True so called Democracy is exposed.

A Delhi court has issued arrest warrants against five alleged Sikh militants, who were deported to India in 2000 after serving life terms in Pakistan for hijacking an Air India plane to that country in 1981. Additional chief metropolitan magistrate (ACMM) Sameer Bajpai issued non-bailable
warrants against the five in pursuance of a sessions court order which had earlier directed their fresh trial here in the same case of hijacking, but for different offences arising out of it. ACMM Bajpai issued the warrants taking cognisance of a Delhi police chargesheet, which was filed in 2011.
"In my opinion, there is sufficient material to proceed against the accused persons," said the ACMM.
The five against whom the NBWs were issued are Tejender Pal Singh, Satnam Singh, Gajender Singh, Karan Singh Kini and Jasbir Singh Jima.
The group hijacked an Air India flight from New Delhi to Srinagar and forced it to land in Pakistan on September 29, 1981. 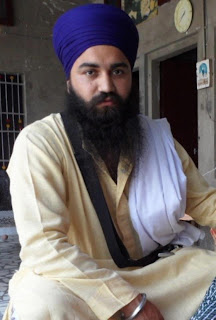 SINGH SOORMA BHAI MANDEEP SINGH JI WHO SHOT DEAD ONE OF THE RSS BHAIYAS YESTERDAY INSIDE A POLICE STATION FOR THEIR HORRIFIC ATTACK/BEADBI OF GURU GRANTH SAHIB IN LUDHIANA WE BOW OUR HEADS TO SUCH SAINT SOLDIERS AND HIS MOTHER WHO SAID ON TV SHE WAS PROUD OF HER SON. BOLE SO NIHAAL SAT SRI AKAAL! PANTH KI JEET! RAJ KAREGA KHALSA KHALISTAN ZINDABAD!


G AGITATION AGAINST RADHASWAMIS ..BREAKING NEWS ! : During an Akhand Path Sahib at Gurdwara Guru Arjan Dev Ji in Sahnewal, Punjab at 10pm on 30 August 2012, some Bihari men entered and attacked the Granthi Singh. They have proceeded to tear Angs 393 and 394 from Dhan Sri Guru Granth Sahib Ji Maharaj. One of the culprits was taken to the local Police Station where he has been subsequently shot by a Sikh youth. The police is not telling where the other men are kept.
BEADBI OF DHAN GURU GRANTH SAHIB JI HAS TO STOP , WE HAVE TO UNITE AS ONE TO STOP IT ! 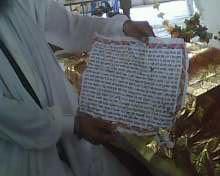 SHAHEED BHAI DILAVAR SINGH JAISINGHVALA ZINDABAD - THE LION OF KHALISTAN LIBERATION FORCE ON THE 31ST OF OCTOBER 2012 WE WANT ALL OF YOU TO HONOUR BHAI SAHIB BY CREATING PICS LIKE THIS,FOR FAR TOO LONG BHAI SAHIBS SHAHEEDI HAS BEEN USED TO MAKE MONEY BY THESE FAKE LEADERS AND HIS SHAHEEDI BEEN OVERLOOKED THIS IS THE TIME WE SHOULD RECOGNISE HIS SACRIFICE FOR THE KHALSA PANTH AND SIKH NATION ON HIS SHAHEEDI DAY MAKE THIS YOUR TIMELINE PIC AND WE ENCOURAGE OTHERS TO MAKE SIMILAR PICS WITH HIS REAL NAME SHAHEED BHAI DILAVAR SINGH JAISINGHVALA 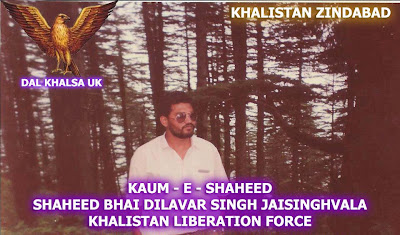 AN INNOCENT 10 YEAR OLD SIKH GIRL IS KILLED BY HER OWN FAMILY AFTER SHE BEGGED FOR HER LIFE,THEY WERE TOLD BY KAALI MATA TANTRIC TERRORIST FOLLOWERS THAT SHE WAS POSSESSED BY DEMONS THIS IS HOW FAR THE EVIL HINDUTVA IDEOLOGY - CULTISM HAS CREPT IN TO THE SIKH FAMILIES THAT THEY ARE NOW KILLING THEIR OWN INNOCENT CHILDREN - VIEWER DISCRETION ADVISED - WE ASK ALL OF YOU TO DO ARDASS TO GURU SAHIB THAT MAY THIS SIKH CHILD WHO WE DECLARE A SHAHEED - BE ON WITH AKAAL PURAKH WE PRAY THAT NO MORE SIKH CHILDREN SUFFER LIKE SHE DID