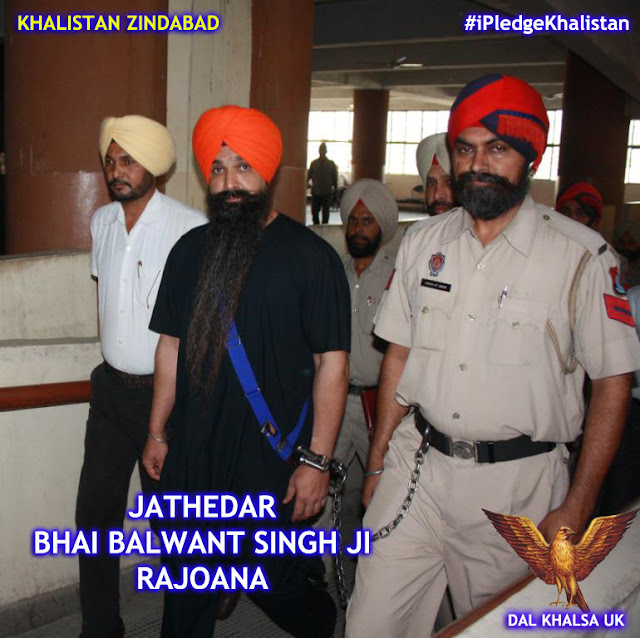 The Dal Khalsa asks Punjab government to explain to the people  about the contribution of deceased Sarbjit Singh towards the state and the rationale behind  cremating his mortal remains with full state honour and also that of announcing Rs 1 crore from public exchequer for his family.

Taking a dig at Badals for announcing Sarbjit as a national martyr and three day state mourning, party head H S Dhami and general secretary Dr Manjinder Singh said as claimed by the Indian state, Sarbjit was not sent to Pakistan on official duty, then how come he be created with state honour and how can state announce 3 day mourning.

They made it clear that the killing was highly unfortunate  in Pakistani prison and they were saddened by this ghastly act and they also share organization’s condolences with his family members. However, they said they were convinced that he was not as innocent as had been portrayed by the state and the mainstream media.

These leaders said Sarbjit was tried and convicted by the judicial process of Pakistan for carrying out subversive activities over there. By going extra miles to give him hero’s send-off and showering financial doles on him at his unfortunate demise, the Indian state had proven that he was state sponsored actor sent  to Pakistan to accomplish the task assigned by his handlers.

They pointed out on one hand, Chief Minister Parkash Singh Badal and Sukhbir Singh Badal have lost no time in declaring Sarbjit a national martyr without explaining the nature of his sacrifice in the assembly session convened for some other pressing reason. On the other hand, the father-son duo look irritated and uncomfortable with Gurdwara built in memory of June 1984 martyrs being named after Sant Jarnail Singh Bhindranwale who had been accorded the status of a martyr by the Akal Takht and the SGPC on June 6, 2003. They asked Badals to come clear whether as SAD leaders, they abide by the Akal Takht decisions or not?

They asked Badals to name any uniformed soldier who died on duty while serving the state or country, who had been given one crore rupees from the state exchequer.

Taking a jibe at Prime Minister Dr Manmohan Singh for calling him a “brave son of India”, the leaders asked him to tell the countrymen about the bravery exemplified by Sarbjit for the sake of the country.

They wondered whether PM and other leaders including Badals considered Sarbjit action of crossing the international border in an inebriated condition (as claimed by his family members) as an “act of bravery”. They ridicule the theory of mistaken identity forwarded by Sarbjit’s family members and termed it after-thought to save his skin.

Jathedar Rajoana's Message Regarding Sajjan Kumar I 1st May 2013

Jathedar Rajoana's Message To The Sikh Nation I 1st May 2013 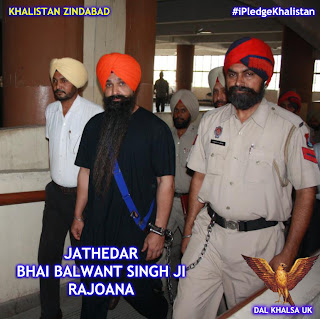 Sikh Genocide 1984 who would you to to Justice for ?