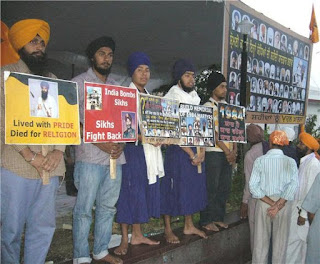 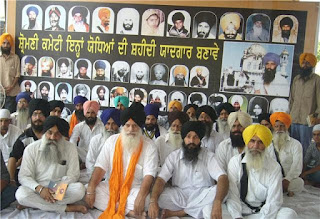 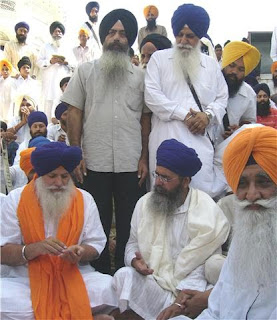 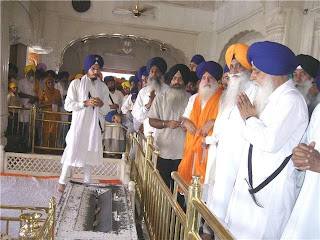 Family members of martyrs including wife and son of Bhai Amrik Singh who was no 2 after Sant Jarnail Singh joined sit-in to express their solidarity with the cause.

Addressing the media person’s party head H S Dhami said it’s a beginning of the struggle. Our aim was to pay tribute to the ‘martyrs of faith’ and bring the issue of memorial into limelight, which we had succeeded. He said the silence of Akali leadership about memorial to 1984 martyrs even after 26 years of the deadly attack was disgusting and ridiculous.
Taking serious view of the silence of the SGPC, he said meeting of all Panthic bodies would be convened shortly to strategies the further course of action. He said they would not allow ‘the SGPC to brush the issue of memorial under carpet’. Another party leader Kanwar Pal Singh said if need be they would meet SAD president S S Badal, who in real sense was controlling the reins of the SGPC.