Jalandhar, Punjab (December 03, 2012): According to a media report shared by S. Kanwar Pal Singh, Secretary of Dal Khalsa, the organization (Dal Khalsa) has taken exception to the manner in which Punjab Chief Minister Parkash Singh Badal and his Deputy CM son Sukhbir Badal swung into mode of celebrations with Akshay Kumar and Miss Pooja to launch Kabaddi cup in Bathinda with full pomp and show on Saturday despite declaring seven day mourning on the death of former Prime Minister Inder Kumar Gujral. Dal Khalsa
“What a shameful act by Punjab Government,” said party spokesperson Kanwar Pal Singh. Calling it disgusting, the Dal Khalsa has asked the MP Naresh Gujaral son of late IK Gujaral to quit Akali Dal, protesting the disrespect shown by Badals to the departed soul.
“Had Badals been little sensible, they would have postponed the Kabaddi show for week’s time or at least cancelled the dance show of celebrities’, notwithstanding the loss of state exchequer,” the party said.
Calling Badals shame-proof, he said that last year when the entire community was observing the November genocide week, the Badals arranged a semi-nude dance’s on November 3 during world cup Kabaddi tournament.

Amritsar, Punjab (December 03, 2012): Dal Khalsa has expressed its displeasure as to why Indian media has not taken Gujarat CM Narendra Modi to task for his refusal to allot tickets to Muslims.
‘Modi’s big No to Muslims have gone unattended and unnoticed’, said party’s political secretary Kanwar Pal Singh in a statement. “There has been no strong reaction (barring few reports) from the media houses. Why there has been no editorial, articles and analysis on OPED pages by this time, he asked and added that “this is because media is biased towards the minorities”, alleges Kanwar Pal Singh.
To drive his point home, he said there was consistent and sharp campaign in selective media during the run-up to the Punjab assembly elections in Feb to ensure that Badals do “allot tickets” to non-Sikhs. And once it was done and the SAD chooses ten non-Sikh candidates to contest elections from its platform, the media eulogized Badal for being “secular”, said he.
It’s ironic that the Punjab has been the only state where media dictates terms to SAD especially the Badals forcing them to “follow the specific agenda”. However, he accepted that Badals lack acumen and they do get carried away by media hype.
He wondered why this time media has not yet described Modi as “threat to secularism’. He urged the chairman of the Press council Justice Katuja to take note of this bias of the Indian media.

90 Sikhs were reduced to ashes in 3 cities – Bokaro, Allahabad & Mirzapur

Ludhaina, Punjab (December 03, 2012): After disclosing the Sikh Genocide in Hondh Chillar (Haryana) and Riyasi (Jammu & Kashmir) All India Sikh Students Federation (AISSF) and Sikhs for Justice (SJF) has revealed the details of genocidal attacks on Sikhs in Bokaro (Jharkhand), Allahabad and Mirzapur during Sikh Genocide 1984.
A recent press release jointly issued by AISSF and SJF has revealed that about 90 Sikhs were burned alive in these 3 cities during first week of November 1984.
AISSF president Karnail Singh Peermohammad, who is also the co-ordinator of SJF, has sent the list of 90 Sikhs massacred in these cities. According to information the organizations have procured the FIR as well as proper addresses of 90 Sikhs killed during the genocidal violence against the Sikhs. List of Victims of Sikh Genocide 1984 – Three cities Bokaro, Allahabad & Mirzapur – Page 02/02
According to Peermohammad People Movement for Human Rights (PMHR) has extended their valuable help to collect the information regarding Sikhs massacred in these three cities.
AISSF president said it’s been 28 years since the Sikh Genocide happened and despite all these evidences and witnesses, no one has been punished.
“Congress Leader Aziz Amam former M.L.A and Tripathi, who brought the petrol and other chemicals from their Petrol Pump with which about 90 Sikhs were burnt alive, did not face any proceedings” Peermohammad added. Dead bodies – Sikh genocide 1984 [Photo source: AISSF]
According to information released by AISSF during November 1984 many Sikhs were burnt alive at Gurdwara Singh Sabha situated in City Center, Bokaro which was considered to the heart of Bokaro.
Similarly, many Sikhs were reportedly massacred in Bihar Colony, Bus Stand Chaas, Dhanbad Road, Cadra Cinema and in Gujarat Colony.
Apart from this many Sikhs were attacked in Transport Area, where there was considerable Sikh population. Homes and factories owned by Sikhs were set on fire and Sikh women were raped in this area.
“In Allahabad, Nirmal Panchiyat Akhara, situated in Nirmal Nagar, Yellow House, Fight Ganj, Shakarlaal Bargawa Road (Allahabad) was attacked and 65 year old Swami Karam Singh ji who was then the president of the Akhara fought against the mob with bravery, but he was shot in the back. After that the attackers entered the Akhara premises and burned the sacred scripture, including Sarups of Sri Guru Granth Sahib” the press release states.
A young Sikh Virender Singh, who was a student of Allahabad University and was staying with Swami Karam Singh ji, was brought out to the road and burnt alive.
AISSF president announced that Candle light vigils and peace marches shall be organized on December 10, 2012 at New Delhi and Jamshedpur to observe the UN Human Rights Day.
The vigil shall aim at remembering the victims of Sikh Genocide 1984 and the purpose of peace march would be to spread awareness among the masses. He urged everyone to join the events.
According to information SJF may present a petition with more than 25000 Signatures to the U. S. President Barack Obama. The petition aims at seeking recognition for Sikh genocide 1984.

Continue To Sign The 1984 Sikh Genocide Petition To President Obama 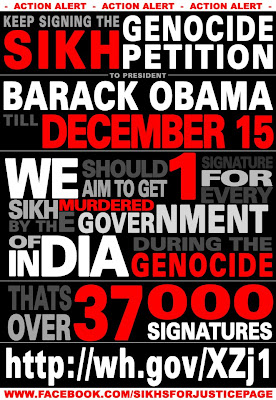 Congratulations to the entire Sikh Nation the target of 25,000 has been reached keep signing until the closing date of 15th December 2012.

LAHORE: Prime Minister Raja Pervaiz Ashraf has said Pakistan People’s Party (PPP) government believes in promoting interfaith harmony and Muslim-Sikh relations in Pakistan are a bright example in this regard. The PM also took notice of Sikh Yatrees’ complaints about a visa processing company, hired by the Pakistani Embassy in the UK.
Addressing a seminar and a gathering of Sikh community from Pakistan in connection with the 544th birthday of Baba Guru Nanak, the PM said Pakistan was home to many sacred places belonging to Sikhs and that is a pride for the Pakistani people. Main participants and speakers of the seminar, organised by Diyal Singh Research and Cultural Forum, included Punjab Governor Sardar Latif Khosa, Evacuee Trust Property Board Chairman Syed Asif Hashmi, Federal Minister and President of PPP Lahore Samina Khalid Ghurki, State Minister Akram Masih Gill, elders of Sikh community including Sardar Jang Bahadur Singh, Sardar Resham Singh, Sardar Manmohan Singh and others.

During the seminar, Sikh leaders demanded simplifying visa procedure and increasingquota of Yatrees’ visa. The PM praised the life and teachings of Baba Guru Nanak and said that he was a great peace-lover. He said Islam also calls for justice, equality for all and promote peace, love. He said most common belief between the two sides is on the issue of Oneness of God and it was important to strengthen our relations further.

Raja said Muslims and Sikh of the region share similar values and cultural heritage. About visa complaints, the PM asked ETPB chairman to look into the matter. Regarding the steps taken by the PPP government to safeguard the rights of minorities, Raja said his government had also set up a separate Ministry for National Harmony with a view of facilitating the minorities, addressing their complaints.

Sardar Manmohan Singh Khalsa, a noted Sikh leader, aspired for friendly, durable ties between India and Pakistan. He stated that both sides should resolve their disputed issues through dialogue and asserted sincere efforts were needed for that.

Later on, PM Raja Pervaiz Ashraf announced setting up a passport office in Shahdara on the request of ETPB Chairman and PPP ticket-holder from NA-118 Syed Asif Hashmi. Hashmi said the PPP government believed in empowering and facilitating masses.

The minister briefed the PM about Pakistan’s participation in the international conference on environment to be held in Doha (Qatar) on December 5. Earlier, PM Raja arrived in Lahore Sunday morning. On his arrival at the airport he was received by Federal Minister for National Heritage and Integration Samina Khalid Ghurki, Punjab Governor Sardar Latif Khosa, Haji Azizur Rehman Chan and Punjab Minister Ch Abdul Ghafoor. 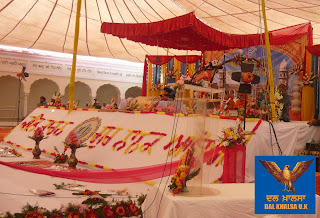 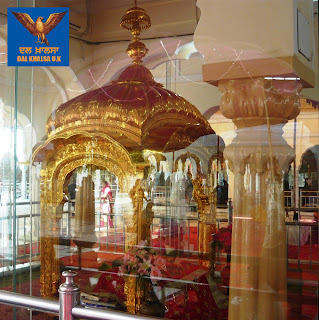 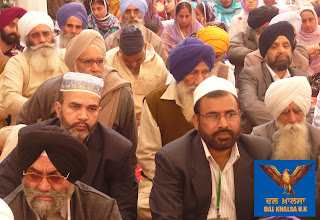 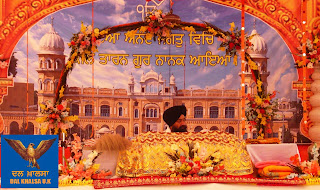 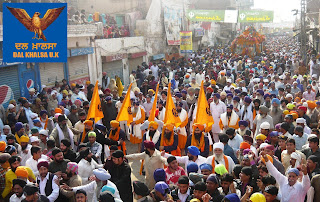 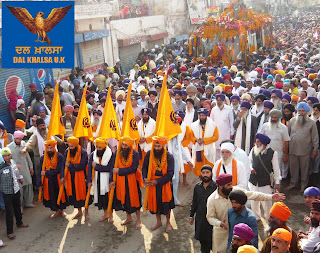 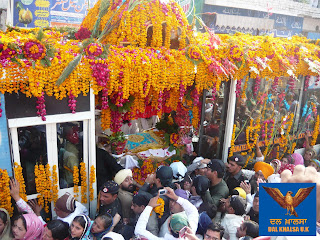 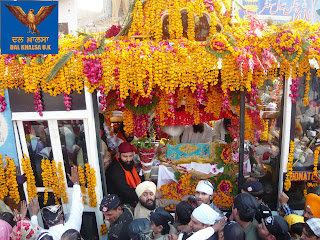 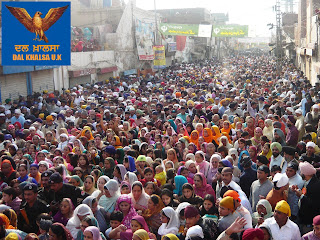 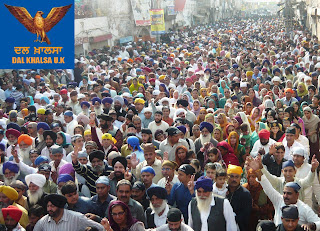 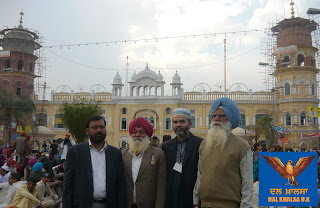 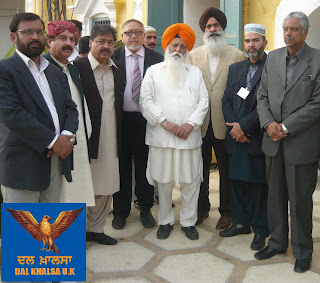