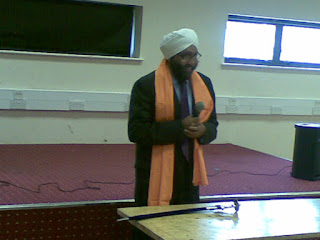 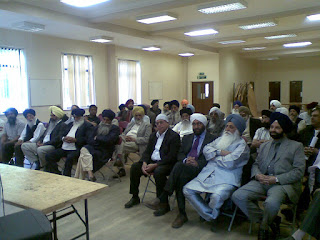 Justice Choudry 58, is a Ugandan born Sikh who was a resident of United Kingdom and is believed to be the first non African in the Ugandan judiciary and the only turbaned Sikh judge in East Africa.

Justice Choudry went to schools in Uganda and then went to England for higher education. He studied at the University of London and the University of Cambridge. After qualifying as an English lawyer he practiced law in England for 20 years until 2000 and then practiced as an auditor in quality control. In 2004 he was nominated for appointment as a Judge of the Uganda High Court by thy Uganda’s Judicial Service Commission and approved by the parliament last month.

Justice Choudry is married with 3 children who were all born in England. Justice Choudry’s mother, Mrs Narinder Kaur was also born in Uganda and his grandparents migrated to Uganda from Rawalpindi in the early nineteenth century. Justice Choudry said he was delighted to be appointed to the bench and added that he would serve Uganda with the same vigour, diligence and dedication as his late father Tarlok Singh and late grandfather Hari Singh who also served this country.

Justice Choudry was one of the delegates at the meeting in Lahore last year in connection with the setting up of Baba Nanak University at Nanakana Sahib in Pakistan. He eloquently put forward his case for allocation of 2500 acres of land for the University campus and the proposal was successfully approved by the Pakistani authorities.

Jaipur: Within hours after serial deadly blasts that painted the Pink City with blood, the police arrested a suspect named Vijay who hails from Mumbai.

According to media reports, Vijay is a rickshaw puller who was offered Rs 1,00,000 by a woman named Meena to carry out the attacks that killed over 80 people. The police have launched a massive hunt for the woman. Vijay suffered minor shrapnel injures in the blasts yesterday. He told the police that Meena lives near one of the blast sites.

After initial investigations the police have claimed that terrorists had come from New Delhi, the national capital, in the guise of businessmen and stayed in different places.

Meanwhile, Manmohan singh khalsa (Dal Khalsa), has demanded investigation into the possibility of the involvement of Hindu extremist organizations in the blasts. "Bomb blasts in Jaipur give reasons to suspect the involvement of Hindu extremist organisations like RSS,Bajrang Dal and other Hindu outfits." He admonished the Congress-led central government as well as Rajasthan's BJP government and dubbed the blasts as a symbol of the failure of both governments.