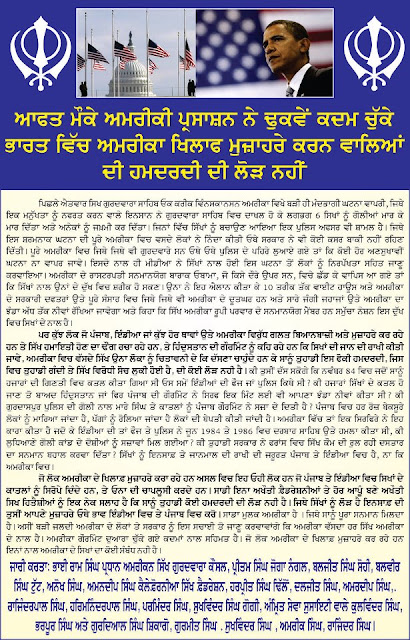 The Sikh Nation Worldwide is united in declaring that we do not need the statements and messages of so called support from Hindutva Political Parties/Akali Dal's in Panjab & India.These are the same people who have been responsible for the on-going Sikh Genocide since 1984,they cannot give us justice for that yet think they have the right to protest against America & burn American Flags,they have no right to do this and we openly condemn this people.Their sole aim is to cause more attacks on the Sikh Nation Worldwide by committing such dreadful acts which offend all Sikhs.The Sellout Jathedars,SGPC,Akali Dals,Hindutva Parties should not interfere in the affairs of Sikhs.
The Sikh Nation is thankful to President Barack Obama,the American Government & American people for their kind support in this tragic time.